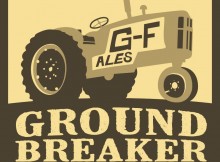 On Wednesday, December 28, 2016, Ground Breaker Brewing will celebrate its 5th Anniversary from 4:00 to 9:00pm. During this time the brewery will host an open house, feature
Read More

Beer and food
During the late-aughts we first learned about a new 100% gluten-free brewery from James Neumeister that was in its infancy and beginning to develop its business plan. Two
Read More