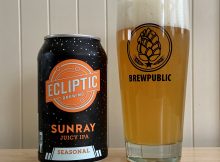 Beer releases
The latest beer to be released in the Seasonal Series from Ecliptic Brewing is making its debut in the brewery’s distribution network. SunRay Juicy IPA is an unfiltered
Read More 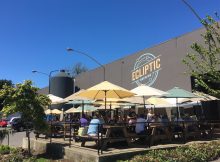 Beer releases
As we head into the New Year, Ecliptic Brewing has announced its 2020 Beer Release Calendar. This coming year’s lineup will include beer releases from the following beer
Read More