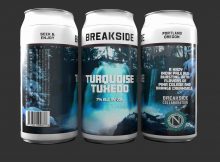 Beer releases
For the month of February, Breakside Brewery has a handful of new beer releases, including a few from its 10th Anniversary Collaboration Series. Be on the lookout for
Read More

Uncategorized
With the recent trend over the past 5 years in American craft brewing, sour and wild beers have become an increasing and enticing segment in today’s craft brewing
Read More

Beers on film
An exciting new beer documentary is about to make its debut and the best beer city this side of the globe will be hosting. CRAFT, the beer documentary
Read More