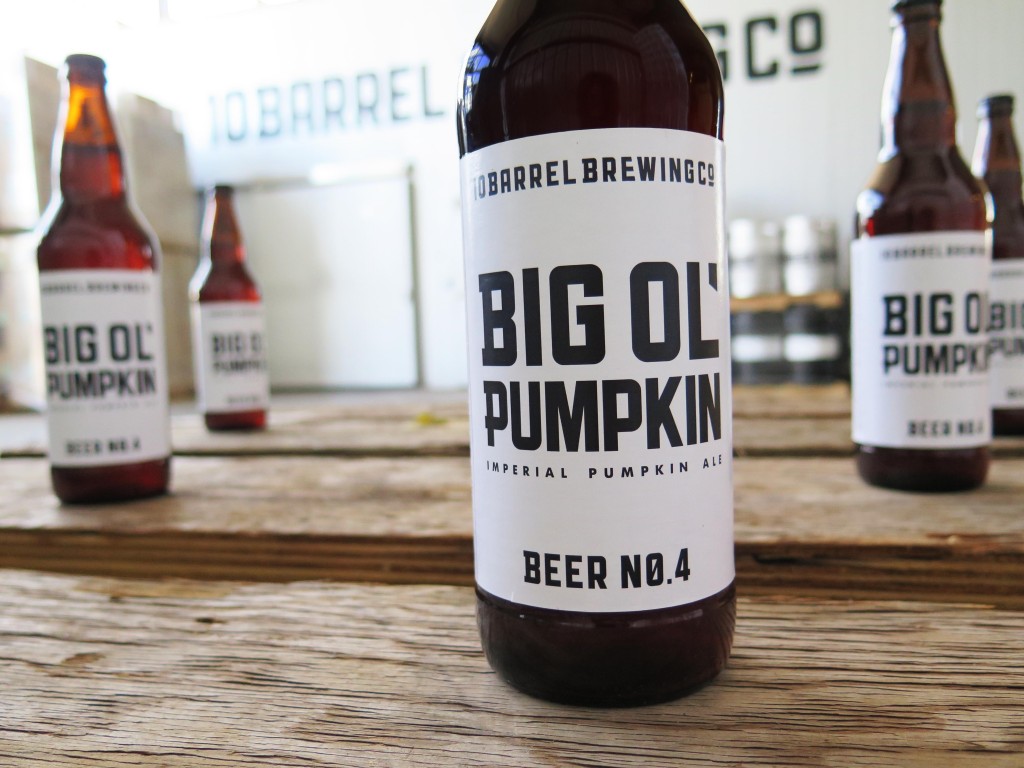 Fall is in the air here in the Pacific Northwest and with this slight change in the air 10 Barrel Brewing is set to release Big Ol’ Pumpkin. This Imperial Pumpkin Ale is Beer No. 4, the latest in 10 Barrel’s ultra-rotational 22oz bottle series.

Big Ol’ Pumpkin is a 9.3% Imperial Pumpkin Ale that is brewed with well over 14 pounds of organic pumpkin per barrel. It is then finished off with three spices; Cinnamon, Nutmeg, and All Spice to give it that true pumpkin character.

This limited release is currently available on tap and in bottles at 10 Barrel’s pubs in Bend, Oregon and Boise, Idaho. Other areas within 10 Barrel’s distribution of Oregon, Washington, and Idaho will begin to receive shipments of both bottles and limited kegs in the coming weeks!