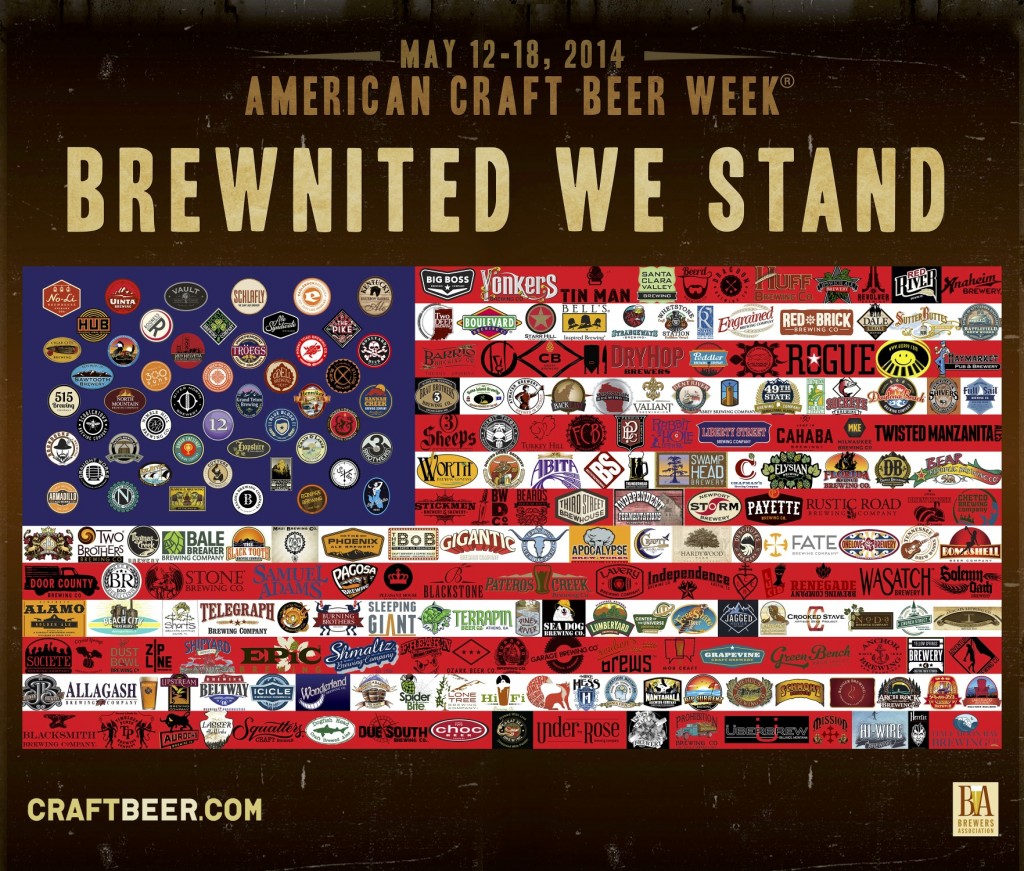 Today marks the beginning of American Craft Beer Week, that continues through Sunday, May 18th. This is the largest national effort focusing on American craft brewers, with events across all 50 states celebrating the culture and community of craft beer.

Dubbed the ‘Mother of All Beer Weeks,’ American Craft Beer Week is the annual celebration of small and independent craft brewers, their craft beer and the American craft beer culture.

New this year, CraftBeer.com, the consumer-facing website of the Brewers Association, celebrates the many faces of craft beer in a video montage. Brewers from all 50 states unite by taking “selfies” to best represent their brewery and state. Which brewers do you spot and recognize? There are a few from here in the Pacific Northwest!

Also something new that the Brewers Association put together this year is an American flag graphic (posted at the lead-in) compiled of logos from breweries in every US state. This is a pretty cool graphic that will promote the craft breweries we have here in the US.

Are you looking for an event? Well the BA has provided a calendar that can be searched by a few different options including by state. This can be accessed by this link. So make sure to celebrate American craft beer during the next 7 days and raise a glass to all of the great brewers out there. Cheers!