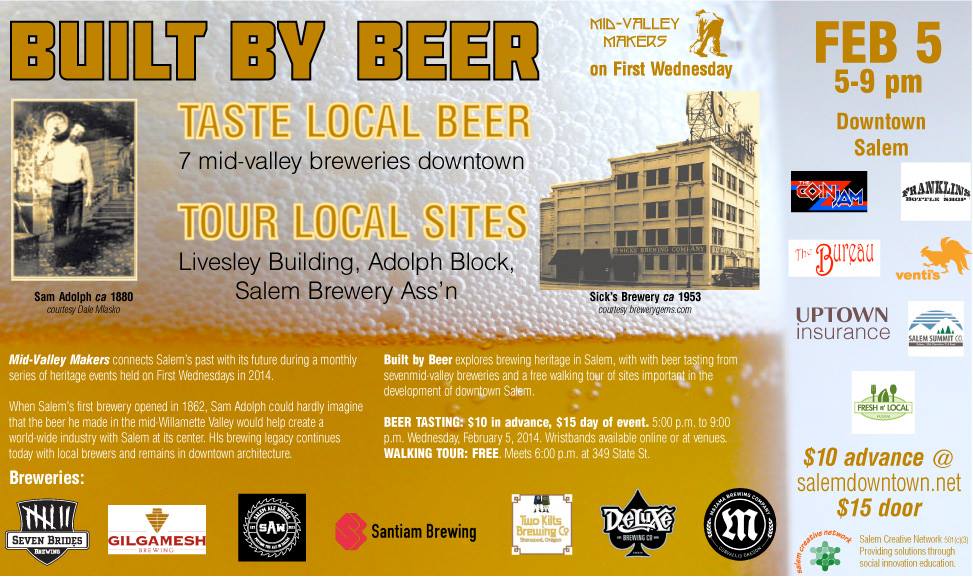 When it comes to Oregon’s brewing heritage there is more to our history than just the breweries from Portland such as Saxer Brewing and Henry Weinhards. The Beaver State has some brewing legacy from the home of our state’s capital. Yes, Salem has a brewing heritage that dates back to mid 1800’s with Sam Adolph in 1862.

If you’re in the Mid-Valley area of Salem you will be able to learn more about the areas brewing history the first Wednesday of every month this year during Built by Beer: Mid-Valley Makers. The first event kicks off on Wednesday, February 5th from 5:00 to 9:00pm. 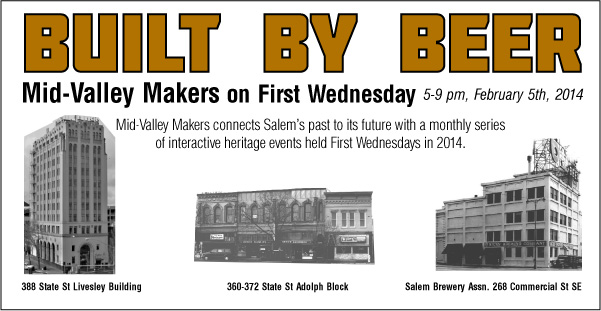 Attendees will be able to taste and tour Salem’s beer heritage with local breweries and downtown Salem venues during Built by Beer: Mid-Valley Makers. Each month on the first Wednesday the group will connect Salem’s past to its future with heritage tours and the makers that continue the tradition. Seven mid-valley breweries and eleven venues invite you to experience a city built by beer.

Wristbands can be purchased in advance at Venti’s Cafe for $10. This price will go up to $15 the night of. The Wristband will allow you two 3oz pours from each the 7 breweries. If you want to take in the Walking Tour, this part is free and meets at Uptown Insurance at 349 State Street beginning at 6pm.

To learn more about this Salem brewing history event please visit the groups Facebook page. And posted below is a map for the evenings festivities: 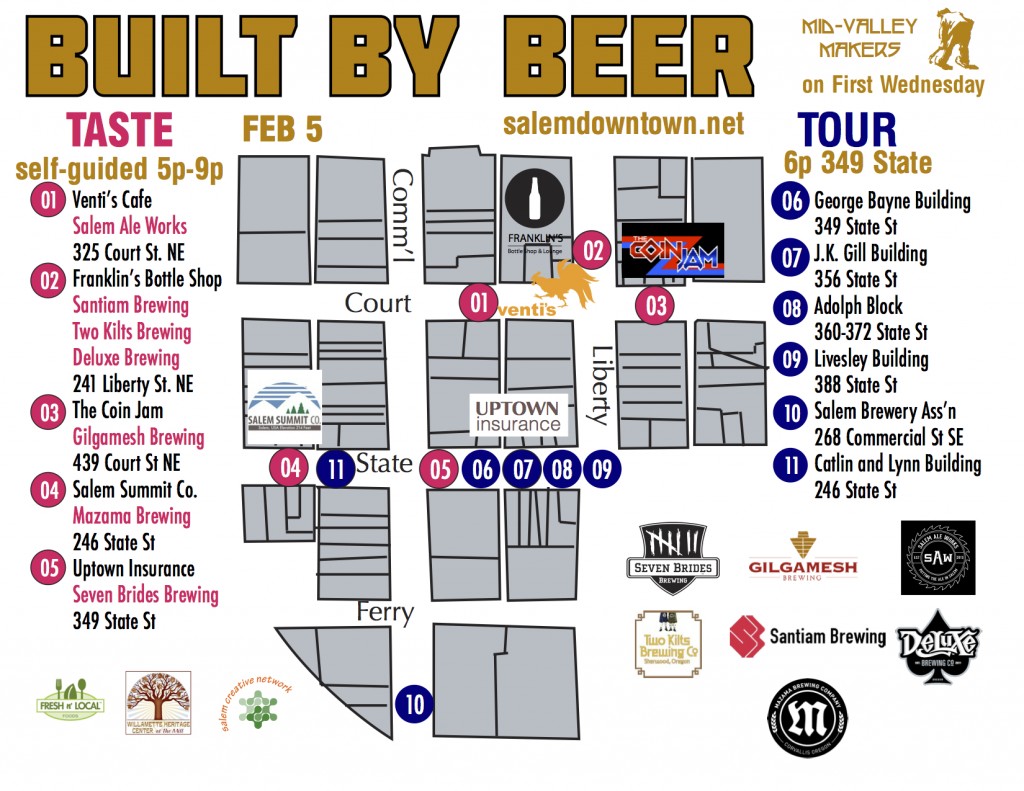