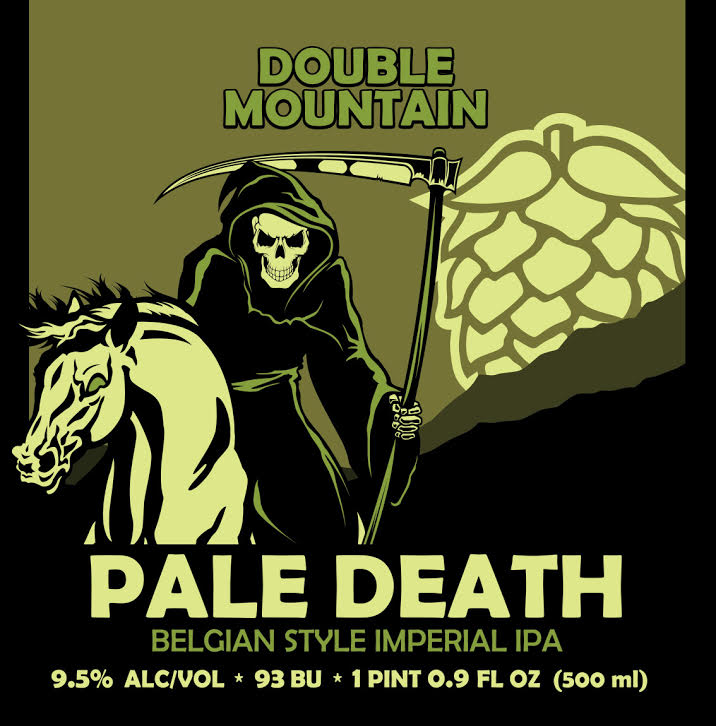 Only one week into the first of the year and Hood River’s Double Mountain Brewery is set to release their first new bottled beer of the year. And they mean business when they reintroduce an old favorite, Pale Death Belgian Style Imperial IPA, to the masses later this week.

Pale Death Belgian Style Imperial IPA is an aromatic hoppy ale that is currently available on draft and in the bottles at the Double Mountain Brewery & Taproom located in downtown Hood River. Bottles and draft will be available in local retail shops and watering holes throughout the Pacific Northwest and parts of Southern California as early as January 8th.

For those of us in Portland, the official Pale Death Belgian Style Imperial IPA Bottle Release Party will be held on Thursday, January 8th at The BeerMongers beginning at 5:00pm.

“In late 2012 we went on beer exploration road trip and conceived ‘The Four Beers of the Apocalypse Series’,” shares Greg Balch, head brewer and co-beer creator. “As we revisit, the only beer that survived was Death.” Despite the popularity of the entire ‘The Four Beers of the Apocalypse Series’, the Pale Death stood out from the rest of the series with its bold tropical nose, and balanced nature. Upon continual inquiries of its return over the last couples of years, Double Mountain decided the return of the Pale Death would be a welcome addition to the 2015 bottled beer line up. “Although the 2015 bottles don a new look, the beer remains true to the original Pale Death recipe,” assures Kyle Larsen, head brewer and co-beer creator. 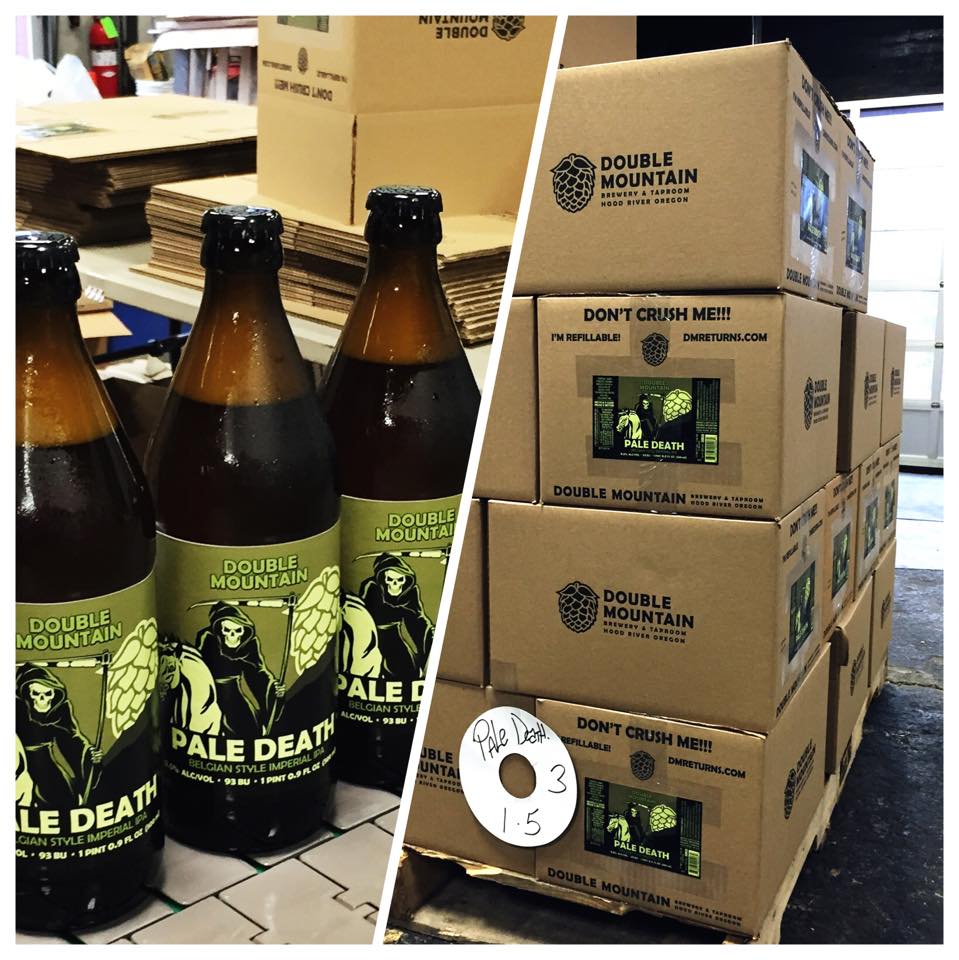 Pale Death Belgian Style Imperial IPA Description:
Open the Fourth Seal and partake in the luminous pungency of dank tropical forest. Aromas of ripe kiwi, mango, and pineapple consort with the coriander and orange peel of the Ardennes yeast. A noticeable bitterness hangs in balance with a hint of malt sweetness hiding in the vast, pale orange foundation. And yet, it finishes dry for a beer of this formidable stature. “And I heard a voice in the midst of the four beasts, and I looked to behold a Pale horse, and the name that set on him was Death, and Hell followed him.” (Revelations, Ch. 6)
9.3% ABV 93 BU

The BeerMongers
1125 SE Division
Portland, OR