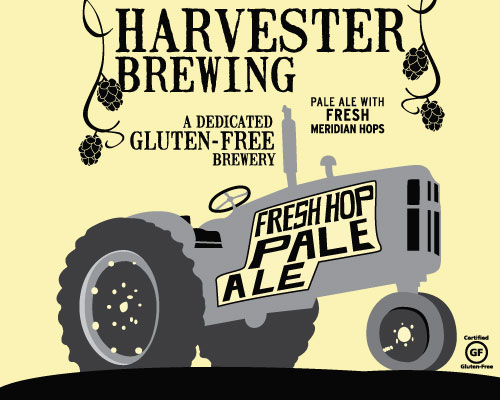 For those of you that suffer from celiac disease, you too can now join in on the fresh hop craze. Portland’s complete gluten-free brewery, Harvester Brewing, is releasing their Fresh Hop Meridian Pale Ale this week. This gluten-free fresh hop will also make a rare tap appearance in Sisters, Oregon at their annual Fresh Hop Festival on September 28th

This is one of the only fresh hop beers available to those that are gluten intolerant. And if you want to get your hands on this beer and you do not live in the Pacific Northwest, Harvester now offers an online store so you too can get this fresh hop beginning on Monday, September 23rd. 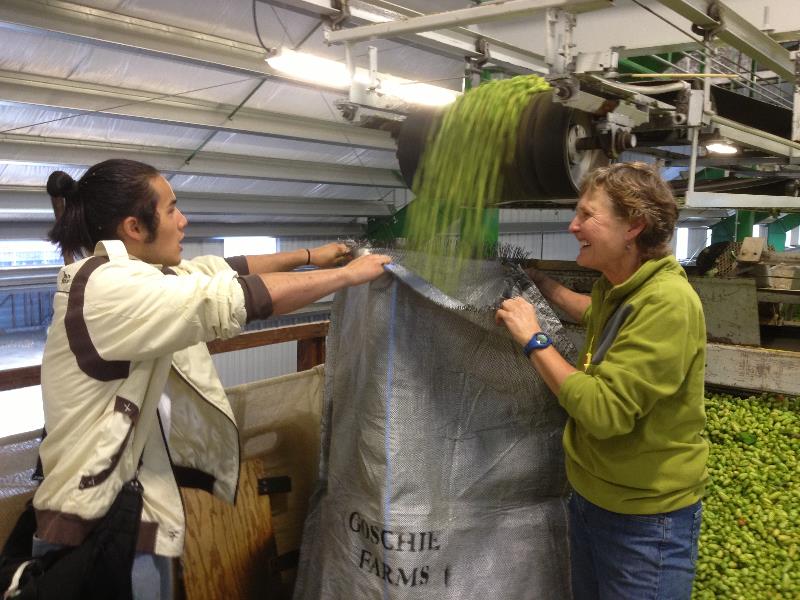 Harvester Brewing is pleased to announce the latest release out of their dedicated gluten-free brewery, Fresh Hop Meridian Pale Ale.

One day a year we have the unique opportunity to visit Goschie Farms in Silverton, Oregon to pick up freshly harvested Meridian hops and add them straight into a batch of our award-winning Pale Ale.

This year we brewed up just 15 barrels and added over 100 pounds of fresh, wet, Meridian hops.  The fresh hop version of our Pale Ale is unlike anything else we brew.  The fresh hops add a fresh herbal character and bring the lemon-candy characteristic of the Meridians forward in a way that is far different from brewing with kilned hops.

A very limited amount of Fresh Hop Meridian Pale Ale will be available on draft at the Sisters Fresh Hop Festival on September 28th. Bottles will roll out to store shelves starting next week and are available to order through Harvester’s online store now for shipment starting September 23rd.

About Goschie Farms
Nestled within the hills of the Pacific Northwest’s scenic Willamette Valley, Goschie Farms has been a fixture in the Oregon farming community for over a century. The farm’s current location was established by Herman and Vernice Goschie and is now managed by three of their children: Gordon, Gayle, and Glenn. Goschie Farms is very proud of their commitment to sustainable farming practices. A significant portion of their hops are grown organically and they were the first hop farm in the nation to be certified as “Salmon Safe”. They are also proud of their commitment to research in the hop farming industry – year after year they work with scientists and researchers from Oregon State University, USDA and NRCS to improve the health of Oregon hops and expand the amount of information available to other growers and beer producers.