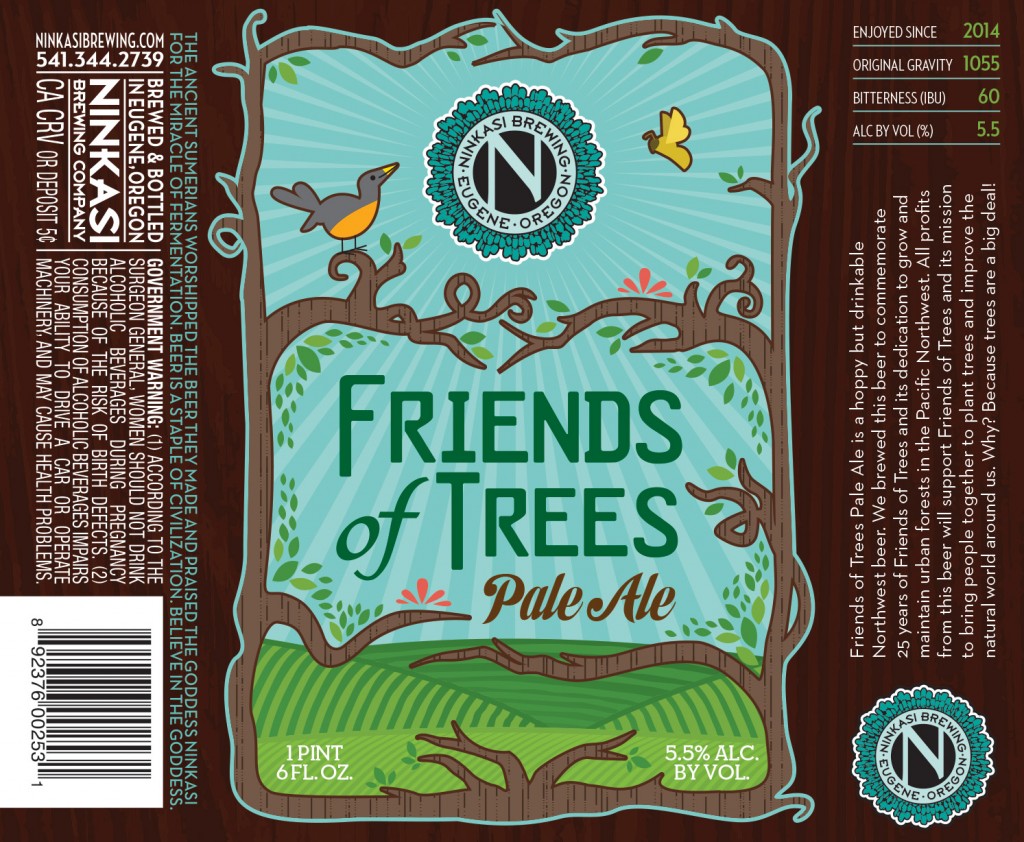 One of the many highlights of the craft brewing industry is in the way that many breweries give back to the community in which they live and conduct business in. Ninkasi Brewing is one that exemplifies this action and is set to do so once again with the release of Friends of Trees Pale Ale.

This Pale Ale is the latest in Ninkasi Brewing’s Rare and Delicious series of beers. Friends of Trees Pale Ale will be available on draft and in 22-ounce bottles throughout the Portland market starting at the end of September.

Friends of Trees Pale Ale is described as a hoppy but drinkable Northwest beer, the ale is brewed to commemorate Friends of Trees’ 25th anniversary. All profits from the beer will support Friends of Trees and its mission to bring people together to plant trees and improve the natural world around us.

“Quality of life and community are big drivers of both of our organizations,” said Nikos Ridge, Ninkasi CEO and co-founder. “Trees are an important resource and one reason it’s so easy to appreciate where we live; we’re proud to support the work of Friends of Trees into its next 25 years.”

Founded in 1989, Friends of Trees empowers people to improve the natural world around them through a simple solution: plant trees. Over the past 25 years, Friends of Trees has planted more than a half a million trees in neighborhoods and green spaces in the Portland metro area, Vancouver, Eugene and Salem. The Neighborhood Trees program provides homeowners with affordable trees to plant at their homes with their neighbors. Through its Green Space Initiative, trained crew leaders guide volunteers at weekend events to restore natural areas.

“We can’t think of a better way to celebrate 25 years of people coming together to plant trees,” said Scott Fogarty, Executive Director for Friends of Trees. “This beer is delicious and every sip gives back to our communities, thanks to Ninkasi.”

The first taste of the beer will go to attendees to Friends of Trees’ 25th Anniversary Gala, Once Upon a Tree, September 27 in Portland. It will then be available for retail purchase starting the following week in the Portland area.

The Friends of Trees Pale Ale has an original gravity of 1055, IBU (International Bitterness Units) of 60 and 5.5% ABV.

Ninkasi’s Rare and Delicious Series features beers that capture the creativity of each member of its brewing team, enabling them to explore new recipes and share the results with local customers for a limited run.