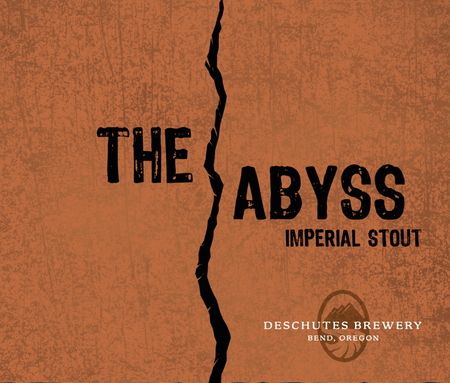 The Abyss!  Taglines from the 1989 James Cameron film put it quite well:

“A place on earth more awesome than anywhere in space.”

“There’s everything you’ve ever known about adventure, and then there’s The Abyss.”

“Deep below the (black) surface, there lies a place no one has ever dreamed of…..”

And then there’s some lyrics from the title track of the black metal band Slayer‘s Seasons in the Abyss:

“Anticipation the stimulation”  and “A demanding physical need”

But, of course, here on a beer website, we are referring to the thick, luscious, chocolaty, barrel-aged beast that is Deschutes The Abyss.  The Imperial Stout debuted in 2006 and has been a favorite amongst beer connoisseurs ever since.  Reviewed by nearly 500 Ratebeer users, the Abyss is rated at a perfect 100. 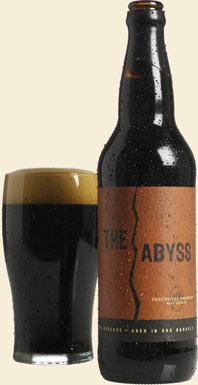 This year, Deschutes will feature a release celebration of the beer at their Bend and Portland locations.

On Friday November 14th in Portland at Deschutes Brewery and Public House from 10PM until midnight, Abyss will be unveiled to mobs of beer zealots.  (Good luck getting a seat.) Special food pairings and samples of the 2007 vintage will also be available.

According to Larry Sidor, Deschutes’ brewmaster the beer “is different each year due to variation in blending process and barrel availability.” The 2008 release makes use of Maker’s Mark barrels.  Next fall’s release has already been brewed and will be barrel-aged and blended differently to give it its own distinct flavor profile.