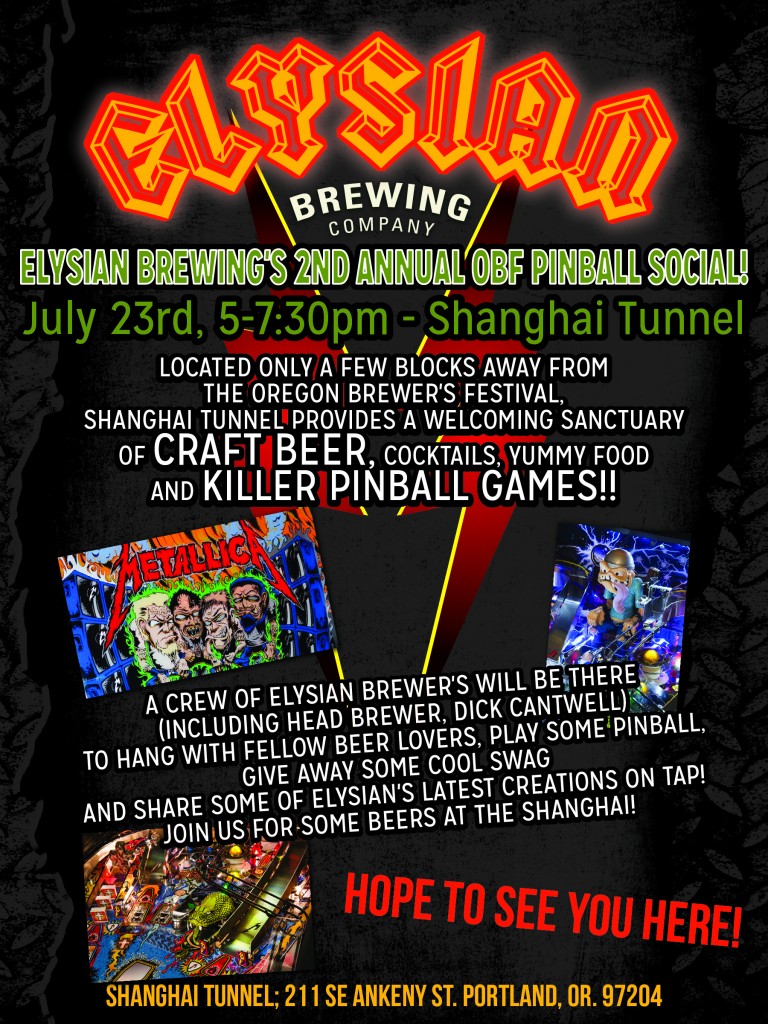 Returning for the second year is Elysian Brewing’s Annual Pinball Social. Taking place on Wednesday, July 23rd, from 5:00 to 7:30pm, Shanghai Tunnel will be hosting the crew from Seattle’s Elysian Brewing with great beer and fun pinball.

Held once again at one of the closest bars to the Oregon Brewers Festival, Shanghai Tunnel, this evening will be full of pinball, craft beer, cocktails and food. You’ll also be able to show off your pinball wizardry to Elysian co-founder and head brewer Dick Cantwell. Beyond this early evening of playing some killer games of pinball and enjoying some great Elysian beers on tap there will be some Elysian swag giveaways. 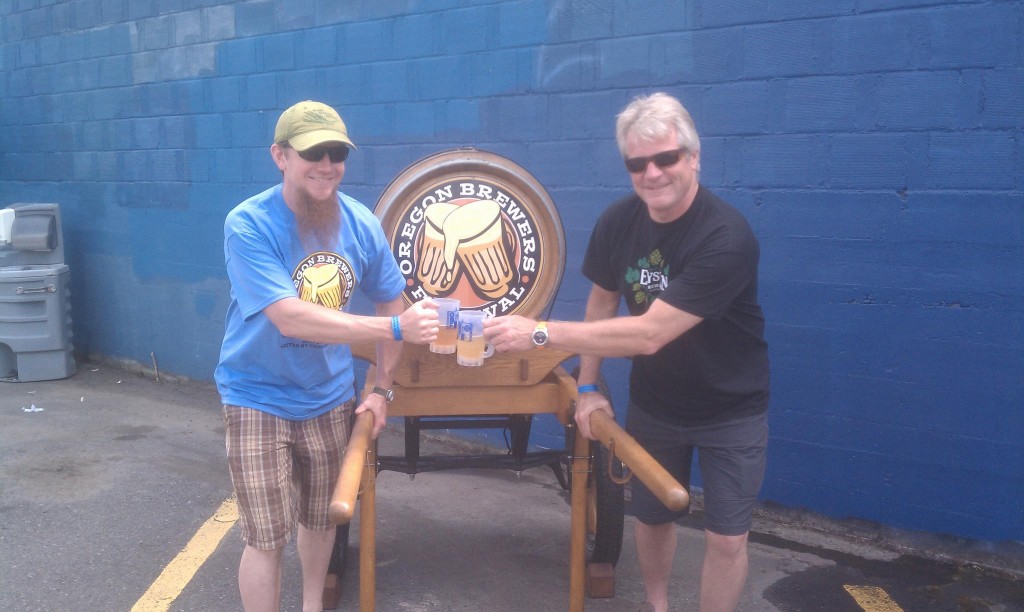 Also make sure the seek out Elysian’s beer being poured at this year’s Oregon Brewers Festival. We were fortunate enough to get a sample of The Perfesser earlier this year at the Washington Cask Festival. One of our favorites from this festival, The Perfesser is a very nice faintly done plum beer with an addition of brettanomyces. With an additional 4 months of resting the brettanomyces should even add a more desirable complexity to this beer.