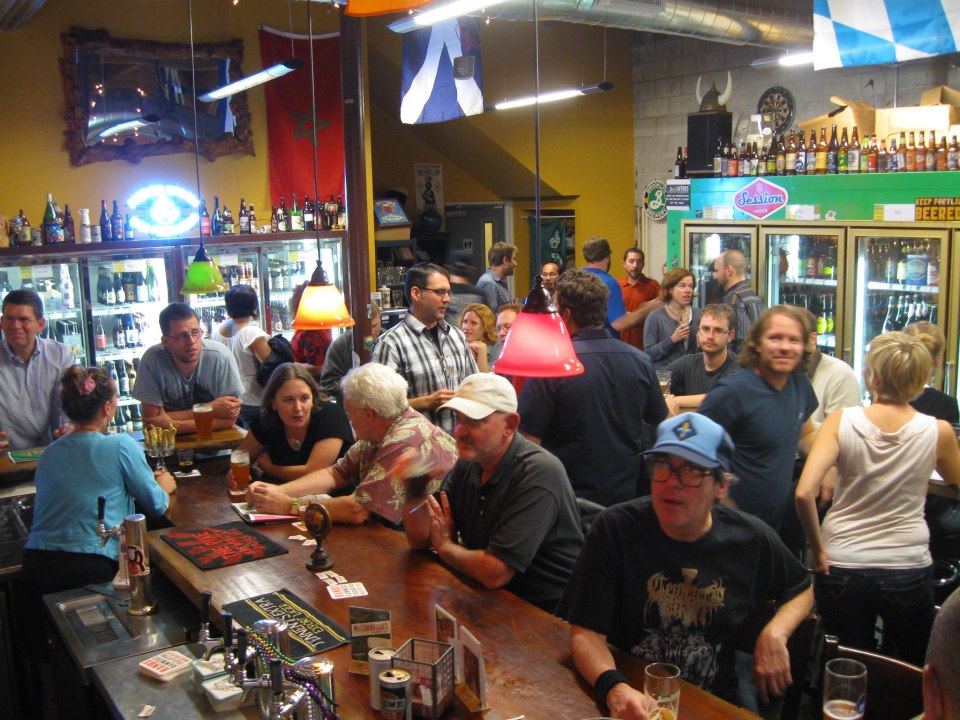 One of our favorite stops to catch up on the latest craft beer releases is to swing in to see Sean Campbell, aka John Beermonger, at The BeerMongers. Only opening its doors over 5 years ago, The Mongers has become a Southeast Portland beer institution. Today The BeerMongers celebrates an impressive milestone of being open for 2000 Days in a Row.

The BeerMongers never rest as this cozy bottleshop and taproom never takes a day off since it opened its doors on September 5, 2009. For 2000 consecutive days Campbell and his fine crew of beertenders have always opened its doors each and every day to serve you up some of the finest craft beers along with some  marginal advice.

An impressive taplist is shaping up for 2000 Days in a Row as The Mongers will be pouring some of its favorites beers plus a few secret specials.

The celebration begins today at 11:00am when the doors open at The BeerMongers and will continue until last call later this evening.