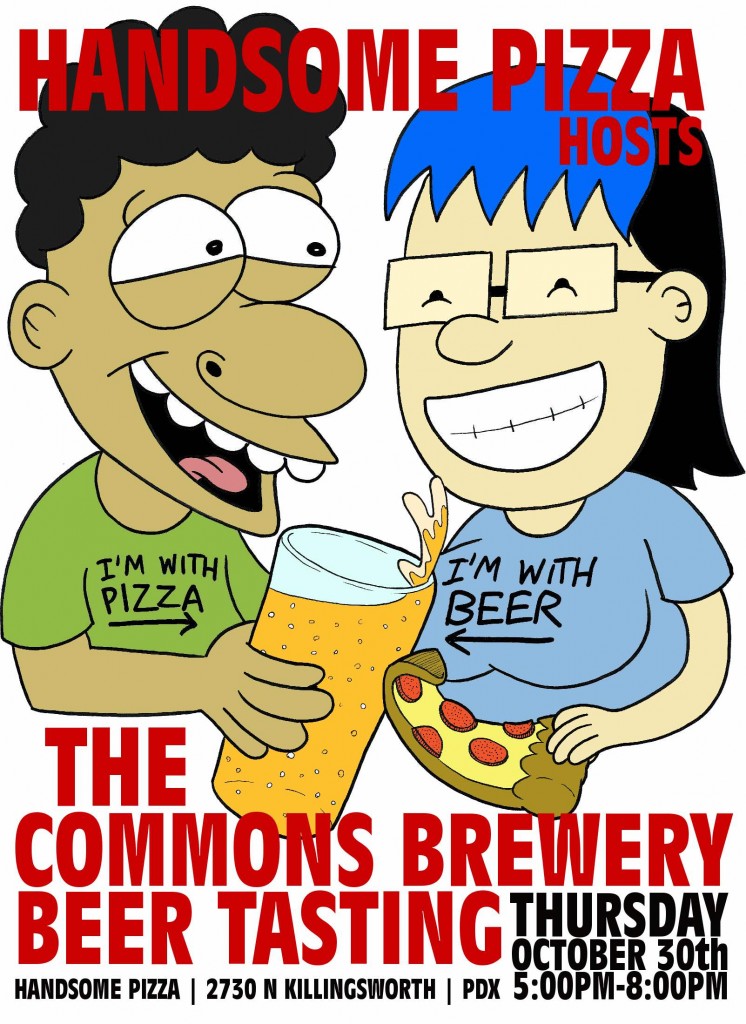 The taps have just been installed at Handsome Pizza in North Portland and the taps will be flowing for the first time with some beers from The Commons Brewery. Tonight, October 30th, The Commons will be the first beers to pour through the new draft system here at this popular pizza food cart on North Killingsworth and Greely beginning at 5:00pm.

Handsome Pizza is a food cart housed in a 1950s-era automotive garage. With a hand-built, wood-fired oven, handmade dough, and a veritable pizza nerd slinging the pies, Handsome is said to be serving some of the best pizza in town.

For the event The Commons will be pouring two new, one-off beers as well as offering bottles of Urban Farmhouse Ale and Fleur de Ferme. The draft beers to be pouring through these virgin lines include the following:

Pumpernickel Rye Saison – This is a brown saison with 50 lbs of dark rye bread specially baked by Little T Baker added into the mash. The beer was then finished with toasted cardamom and caraway. It’s easily one of our favorite beers we have made lately.

Pints will be $4 and Growlers will be $10 (Bring your own growler). Combo packages will also be available!