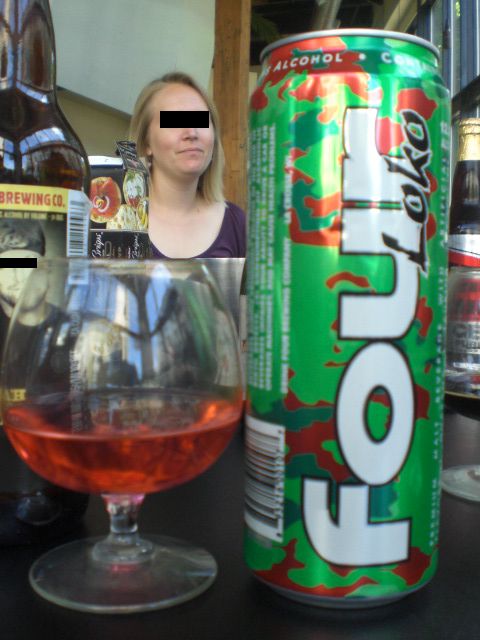 Lately you might have heard about the ban on Four Loko, Joose,  and other caffeinated alcoholic beverages. Actually Four Loko says they’ll continue making the stuff, just without the caffeine, taurine (bile of bull intestines), and guarana (is that bat shit? no that’s guano. This stuff is a plant that contains twice the caffeine as coffee). That’s right, when ever something tastes like, as Jeff Alworth from Beervana puts it “a toxic underlayment of Mr. Clean, tree car-freshener, and lime Jello all bound up by that acid-like fizz” you know its something for the American palate. But as Jeff points out, to Four Loko’s credit, it’s better than messing with needles. For fun we’ve come up with a list of reasons why Four Loko and Joose might have been banned.

1. Hair of the Dog couldn’t compete. $2.50 for tallboy of 12% ABV watermelon goodness just sets the bar too high. Rumor has it that HOTD tried to do a caffeinated watermelon version of Doggie Claws, but it turns out it was much too involved process and didn’t pick up enough of the fresh American oak. Plus, Upright is allegedly pissed because they already have a beer called “Four.”

2. A guy was caught blowin’ donuts around the local graveyard. When the cops arrived, head stones were overturned and graves were littered with Four Loko and Joose empties.

3. Meth dealers were outraged by the liquid version of their cash crop. One such dealer was reportedly admitted the orange flavor of Loko was stealing the children who’d use to buy his crank. 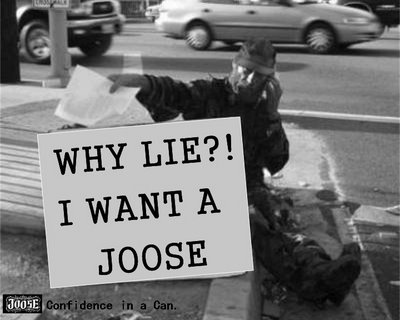 4. Some dude thought he killed his family after consuming some Four Loko. Turns out it was just a hallucination.

5. Neon camouflage labels are not good at hiding from anyone. People who drink the stuff find a brown bag necessary to not only disguise what they’re consuming from the authorities, but from other self-respecting humans in general.

6. Some historians found that artists are considerably more likely to cut off their own ear after ingesting a can of Four Loko.

7. Despite the fact that these drinks like Phusion’s Four Loko and Joose were created by college graduates, it appears said grads’ diplomas were forged. They just couldn’t seem to pass the English exam. This is evident in the original intent to name products Froot Bere and Toof DK.

8. The large 23.5 ounce cans make it difficult for Scottish taxidermists to work with. 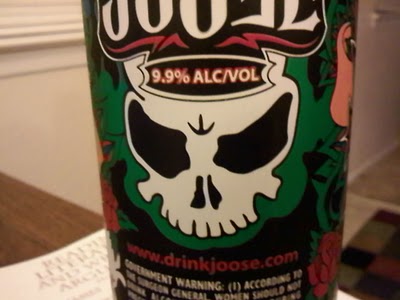 9. Potential drinkers in Sydney and Melbourne never caught on with the slogan “Australian for shite.”

10. Despite various efforts of Four Loko and Joose to promote responsible drinking and keep kids of the stuff, having crunk rapper Traumatic Immortal spread this word was less than effective (some of TI’s memorable lines include “damn, the Joose got me geekin'” and “this purple dragon got me actin’ like a demon”). Further, it turns out, the term “drink Joose responsibly” is an impossible task.

If you still aren’t convinced the shit is…well…shit, check out this video: