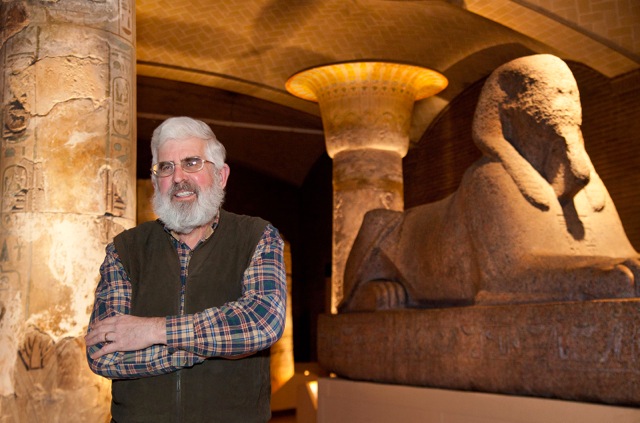 The Northwest China Council presents Drink in China: Ales, Wines and Spirits – Uncorking the Chinese Past: The Archaeological and Chemical Discovery of the World’s Oldest “Wine”. This lecture will be conducted by Dr. Patrick E. McGovern. McGovern plans to lecture on the most ancient alcoholic beverage in the world, recovered from a Neolithic tomb site in Jiahu, in China’s Henan province, dating to about 7000 B.C.

Dr. Patrick E. McGovern is the Scientific Director of the Biomolecular Archaeology Project for Cuisine, Fermented Beverages, and Health at the University of Pennsylvania Museum in Philadelphia, where he is also an Adjunct Professor of Anthropology. He is author of multiple scholarly articles and books, including Uncorking the Past: The Quest for Wine, Beer, and Other Alcoholic Beverages (Berkeley: University of California Press, 2010).

Dr. McGovern’s lecture will illustrate the biomolecular archaeology behind the discovery of the most ancient alcoholic beverage in the world, recovered from a Neolithic tomb site in Jiahu, in China’s Henan province, dating to about 7000 B.C.  McGovern will also describe the historical background and analysis of Shang and Western Zhou Dynasty bronze vessels (ca. 1250- 1000 BCE) excavated from tombs at Anyang and Changzikou in Henan province, which still held millet and rice “wines” from 3000 years ago.

McGovern’s extensive research into ancient fermented beverages throughout the world has resulted in their recreation by Dogfish Head Craft Brewery in a line of “Ancient Ales”, which includes the mixed drink served at the “King Midas funerary feast (Midas Touch), and the elite dark chocolate beverage of the New World (Theobroma). The ancient Chinese beverage, named Chateau Jiahu, after the archaeological site in which it was discovered, will be available for tasting, along with light appetizers at the ticketed reception with the speaker, directly following the lecture.

Dr. McGovern will be available to sign his new book, Uncorking the Past: The Quest for Wine, Beer, and Other Alcoholic Beverages.

The Northwest China Council’s series”Drink in China” explores the history and cultural significance of alcoholic beverages in China and the connections to Oregon with a series of three events:

The Northwest China Council was established in 1980 and is a non-profit, non-partisan, dues based educational organization, dedicated to promoting greater understanding of Chinese culture, business, and contemporary affairs.