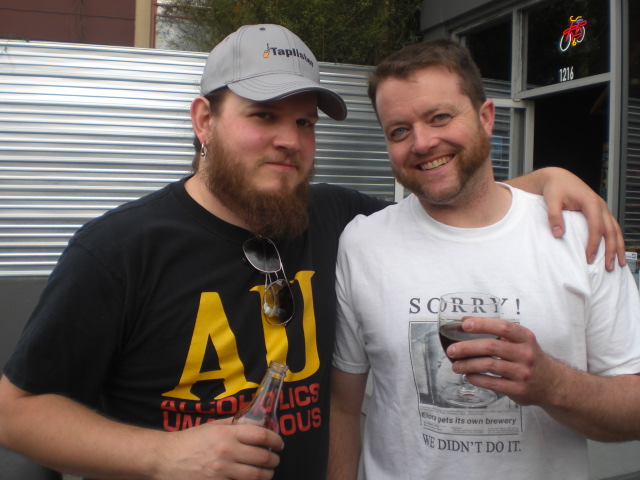 This past weekend was great for many reasons. Great weather, great company, and of, course, great brew. On top of these three key factors, one of the coolest parts about the weekend was two awesome beer events right in our neighborhood. Brewpublic headquarters (this is fancy talk for our house), is off Southeast Division Street in Portland. Friday and Saturday witnessed the celebration of two spectacular new establishments in our little corner of Beervana that we suspect will not be leaving us anytime soon.

We’ve mentioned this place a lot recently, and for good reason. Jesse McCann is the kind of guy is like a puddle of beer on a slug farm. Apex, his new pub at the corner of 12th and Division has been softly open for a few weeks now, but after announcing his official cork popper for Friday, swarms of who’s who in the local, and even West Coast brew community flooded the gates to wish McCann well. We showed up around 4pm before things were too crazy, and joined a thick crowd of pubgoers who were already soaking in the Friday rays in Apex’s frontside outdoor area. 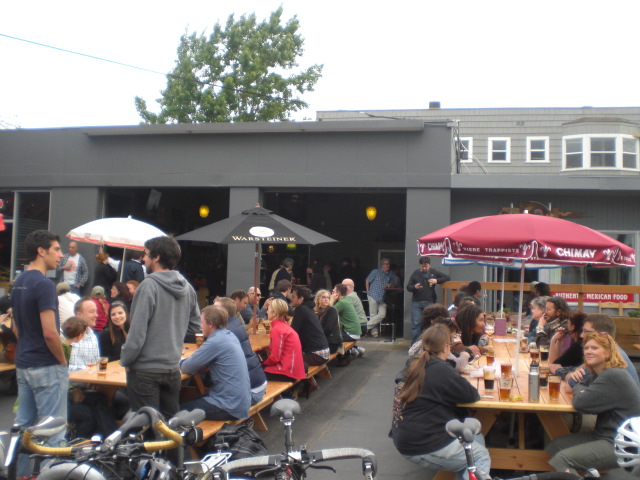 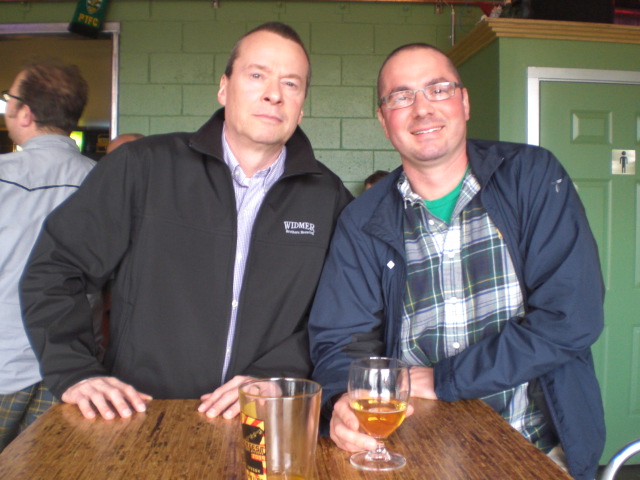 Many thanks to McCann and his crew for doing it up right. As a special surprise, some rare bottles of brew made rounds to friends and family. We were fortunate enough to get a taste of Duvel served from a Jeraboam as well as a superbly hard to find 3-liter bottle of Toronado 30th Anniversary ale, a sour brewed special by Russian River. There was even a dolo pour of Skookum Cascadian Brown Ale from Phillips in Victoria, B.C., brought down by Jesse’s dad Dermot, who helped with much of the worked needed to get the bar open. 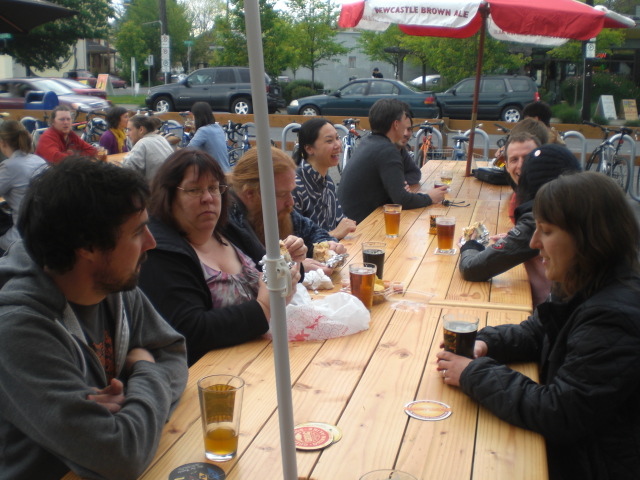 Kitty-corner from Apex Bar across SE Division is another top notch beer destination. The BeerMongers opened their doors to the public last fall and have been a staple craft beer bottle shop ever since. A wide variety of bottled craft beer from around the globe at very affordable prices has exemplified owners Sean Campbell and Craig Gulla’s proletariat passion for the pint. Recently, with the help of handyman and friend Christopher and plumber Dean “Dean’s Scene” Pottle, The ‘Mongers added a beautiful countertop and standing bar, made from Tropical Salvage wood. 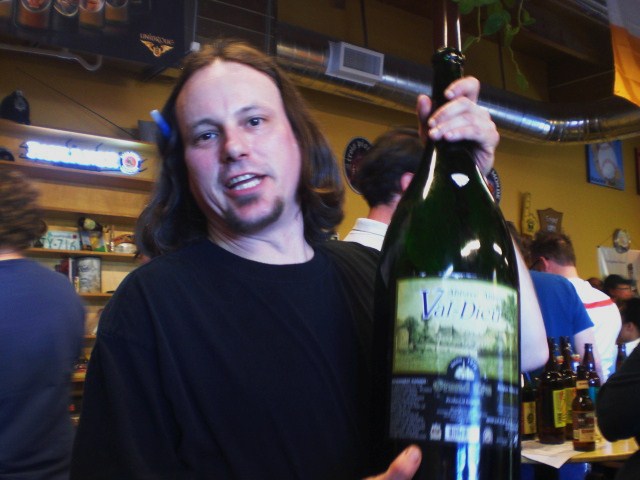 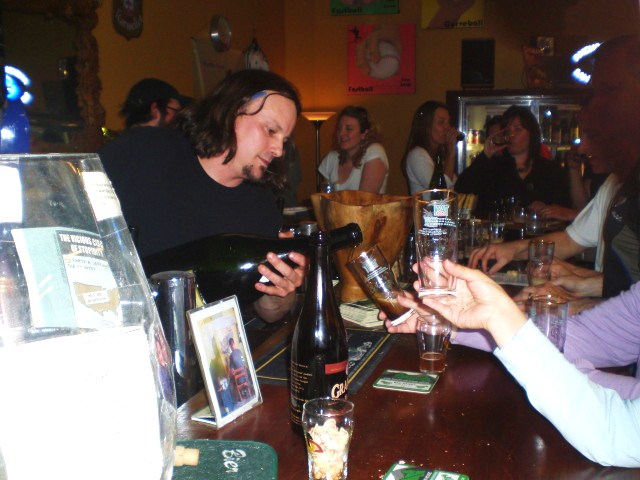 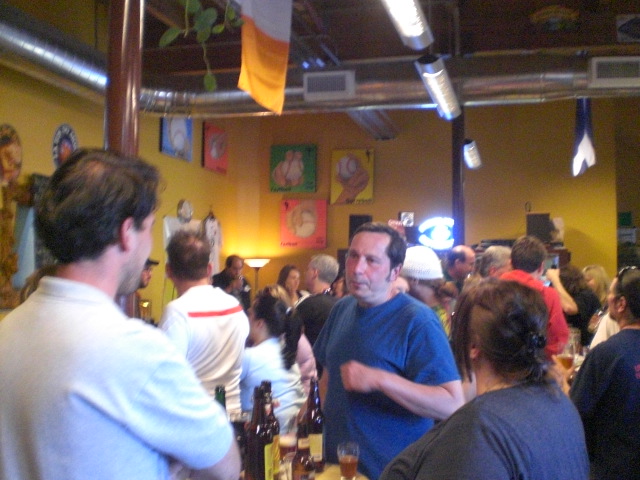 The official christening of The BeerMongers’ bar came around 5pm when Campbell gave a speech thanking his customers before uncorking a Methuselah (6-liter bottle) of Val Dieu Grand Cru. The crowd roared in appreciation before a few more beers from the cellar came out. These included a Rogue Chocolate Bear Stout, export Buckwheat Ale, both more than eight years old, and two ten year old bottles of McMenamins’ Hammerhead Ale. 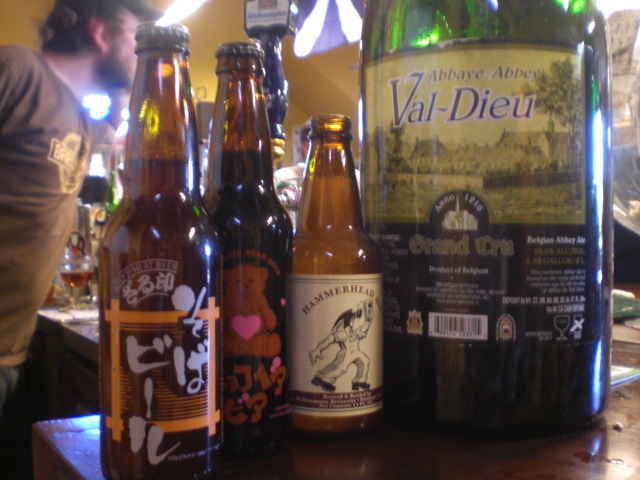 Live music ensued as folks showed thanks for the great beer available and the cool dudes who made it all happen.

After two big days in the ‘hood, Sunday was a day to relax and spend time with our moms. On this day or rest, we enjoyed 70 degree sunshine on the Columbia River in a boat sipping Zywiec Porter.

Hope your weekend was good to you and your mom. 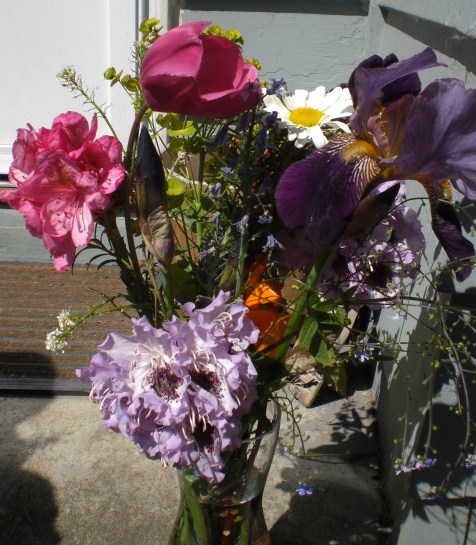