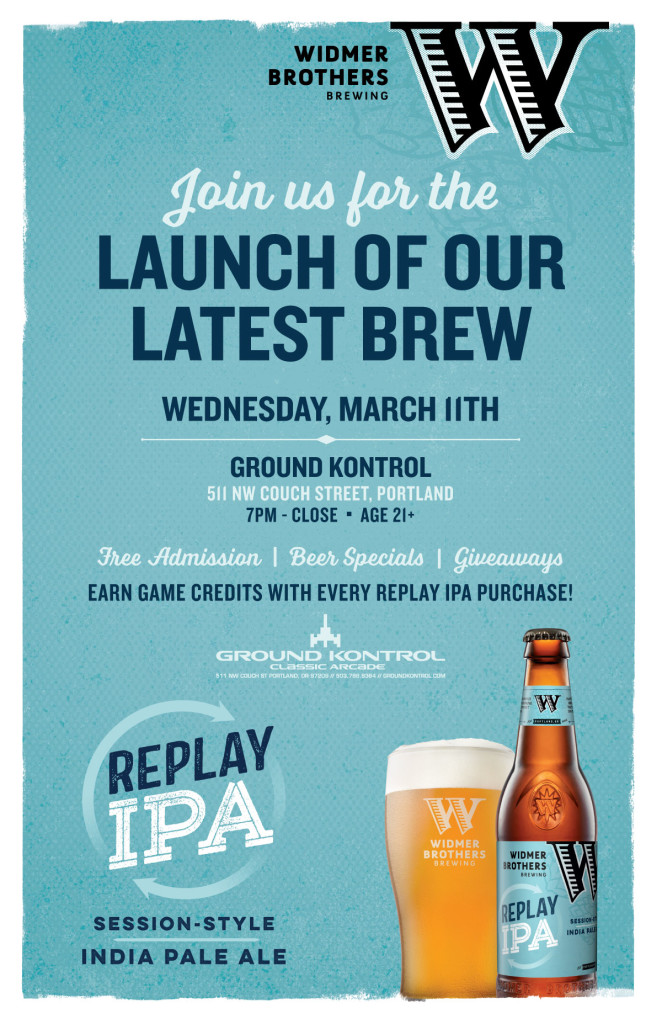 The current trend of breweries releasing session style IPAs continues as Widmer Brothers Brewing joins the fray. Widmer is set to release Replay IPA in 12oz bottles and on draft throughout its distribution network.

The official launch of Replay IPA in Portland release party will take place on March 11th at Ground Kontrol beginning at 7:00 p.m. Admission is free and Widmer will be doing giveaways on some awesome new Widmer Brothers merchandise throughout the night. To make the night more entertaining you can also earn game credits with each Replay IPA purchase.

Replay IPA is Widmer’s first ever session-style inspired IPA and this limited draft launch allows you to get a taste of beer before package hits the shelves the week of March 23rd!  This new brew balances complex hoppiness and an easy-drinking nature to create the perfect session-style IPA.
4.5% ABV / 40 IBU