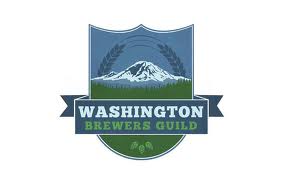 As states start squeezing more and more industries to cough up more taxes to assist in budget shortfalls the brewing industry is beginning to feel the pinch. This could happen here in the Pacific Northwest in Washington State. This link provides state by state data on their beer excise tax rate as of January 1, 2013.

The proposed budget that was announced on April 10th from Washington Gov. Jay Inslee will eliminate the $15.50 per barrel tax exemption that smaller Washington breweries (less than 60,000 barrels per year) currently receive.  What this tax proposal will do is increase the tax rate on Washington produced beer from $4.78 to $20.28 for one barrel of beer sold within the state of Washington. The larger breweries (greater than 60,000 barrels per year) will continue to pay their $23.58 per barrel tax rate that they’ve been saddled with since 2010.

Earlier this week while in Seattle for the Mariners home opener I overheard some discussions on this matter and the negative effects it will bring to the brewing industry. If this tax does go through this could be a great win for Oregon breweries that distribute north of the border into Washington since they will not be burdened with the same tax structure as their Washington brethren.  However, this could also mean more Washington brewed beers heading south into Oregon where they too would be less burdened on this tax rate.

Below is the Washington Brewers Guild official response:

Washington is believed to have the second highest market share for craft beer in the nation. Below are some statistics on why maintaining the small brewer tax rate at its current level allows for continued jobs production. Production data sheds light on the debate about equalizing alcohol tax rates among producers.

The Big 3 (Anheuser-Busch InBev, MillerCoors) employ around 25,000 people in the nation. Craft brewers employ over 100,000 people with only 6% of the marketshare. Which is a better investment in jobs growth? The current excise tax level is working. Washington breweries employed 3,499 people at the end of Q4 2011. Breweries are growing, expanding production facilities and adding jobs. Why lower the tax rate for multi-national breweries while raising it for homegrown Washington microbreweries, thereby cutting off the potential for job growth in a locally-owned and operated industry?

Equality in alcohol taxation: Anheuser-Busch InBev produced 99 million barrels in 2012 with MillerCoors following at 59 million. Together, the Big 3 produced 158 million barrels. Washington craft brewers, combined, only produced 293,716 barrels. 158 million : 0.24 million. To suggest that craft beer be taxed at the same rate as the Big 3 is hard to understand when combined, we make up less than 0.19% of their annual production. There is nothing equal about our industries. They probably spill more beer on their floor than the volume of my brewery’s annual production (2,700 bbls). We are so insignificant compared to the amount of beer they produce; suggesting that there be tax equality between such a Goliath and an itty-bitty microbrewery is astounding. They have economies of scale that we can not even begin to comprehend.

Washington State’s total beer sales were 4,013,072 barrels in 2012. An estimated 1,000,000 barrels are attributed to craft beer. Washington State craft brewers produced 293,716 barrels. We cannot even produce 1/3 of the demand for craft beer in our state. Washington brewers need the ability to continue to grow our industry, add jobs, and re-invest our profits back into our communities.

While an appreciated reduction, the current House proposal of a tax increase of $0.15/ gallon still almost doubles our tax rate. Is favoring multi-national corporations over at-home jobs growth really the message the Washington government wants to send to citizens of Washington?