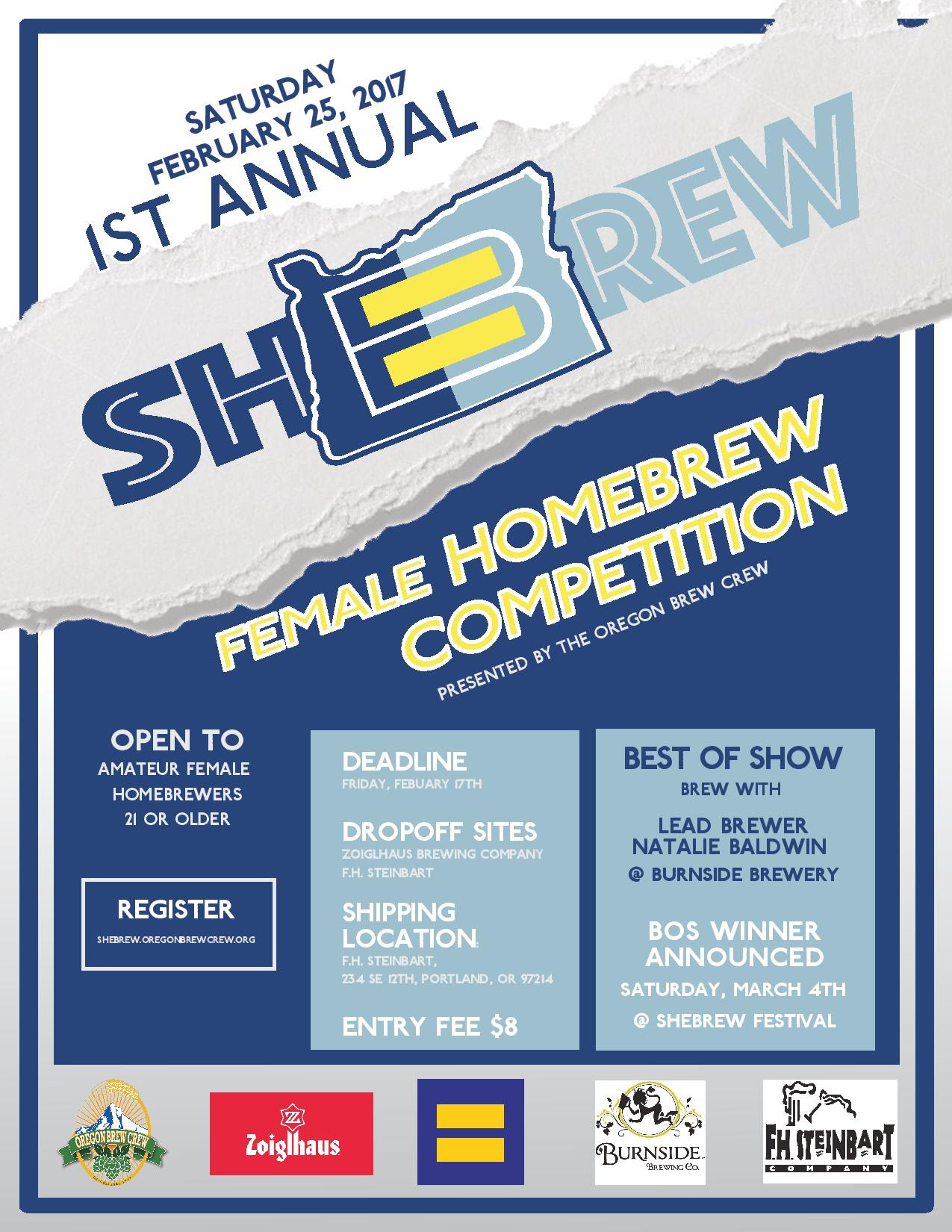 Held in conjunction with the Oregon Brew Crew, the 2017 SheBrew Homebrew Competition will highlight the role that women play in the growing craft beer scene. The entry deadline for the AHA/BJCP judged homebrew competition is Friday, February 17th. Beers can be dropped of at either Zoiglhaus Brewing or at F.H. Steinbart. Entry is $8.00 and additional details can be found at http://shebrew.oregonbrewcrew.org/.