Timbers Army member Ross Quenzer entered the winning recipe and brewed a full batch of the beer alongside Lompoc head brewer Bryan Keilty. Citra Down Pale Ale is pale orange in color with big notes of citrus and pine coming from the Cascade and Citra hops. It comes in at a sessionable 5% ABV.

The release party coincides with the final Timbers away match of the year––against Sporting Kansas City––which will be shown at 4:30pm. 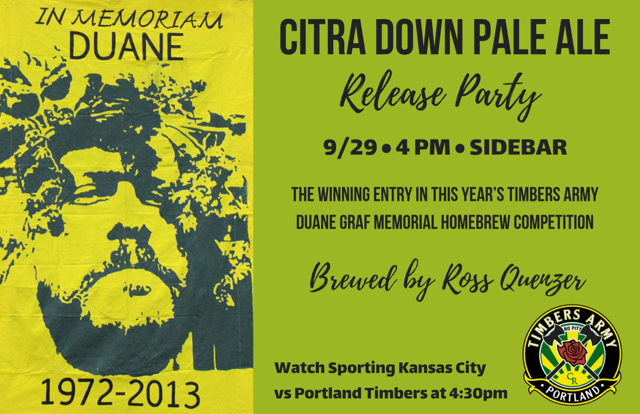 This year marked the 10th annual competition, and the 5th under the Duane Graf moniker. Lompoc Brewing has produced a full batch of the winning recipe every year since the competition began.