Right, we don’t think of Lucky Lab as the King-hell IPA house, except that the stats show they’ve been brewing IPAs continually since 1994 — longer than anyone in this IPA-mad town — and have always had one on tap or in the fermenter. Exhibit A is the brew sheet for Golum’s IPA — the first one, brewed by Alex  on 24 September 1994, a couple of weeks before the Lucky Labrador Brewpub opened its doors…that lineage continued with UK IPA brewed on Hallowe’en 1994, Top Dog IPA, Dog Day IPA right up to the current and much-loved Super Dog, which began life, Fleming says, as A Dog Day with way too much malt..

Better yet,  brewer Dave Fleming is back in the fold, he’s recreated one of my all-time favorite beers, the malty, ruddy Crazy Ludwig’s Alt (which the lads briefly renamed Crazy Foyston’s Alt a few years ago in honor of my enthusiasm for the beer…) 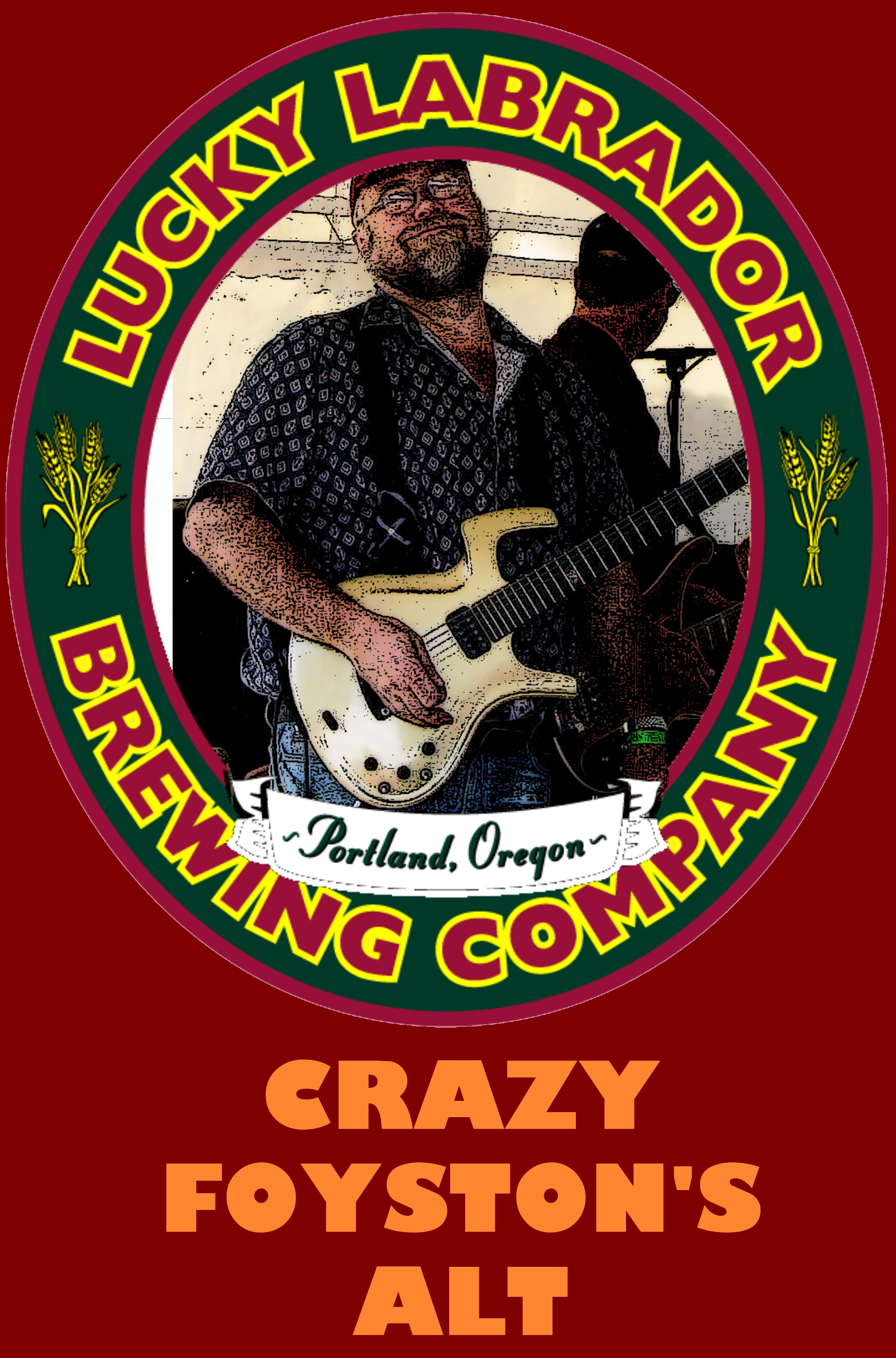 And if you stop in to try an IPA and an Alt, you may as well take home a can or two of Fuzzy Muzzle, the lab’s first canned beer. The fresh-hop Pale Ale is brewed for the benefit of Dove Lewis, a longtime beneficiary of the Lab’s generosity and it’s definitely worth a try. (You can also find the cans at many New Seasons stores) So is Jumping Dog Wazy (yes, wazy…talk to Flem…) IPA, which will be featured at this weekend’s dog -jumping contest that entails closing off a couple of streets and the Lab parking lot and erecting a 20-foot-by-40-foot pool and a dock for the dogs to leap from. The festivities are another fundraiser for Dove Lewis…

Barks & Brews
Noon-5 pm Saturday Sept 28 and Sunday Sept 28, Lucky Lab Brewpub, 915 S.E. Hawthorne Blvd.
As for myself, I just wish I could have been there earlier this week when co-owner Gary Geist flagged down a Portland Fire Bureau truck and asked, “Hey, do you guys like beer? Because I need 40,000 gallons of water this weekend…”

Turns out there was a little more bureaucratic argle-bargle involved (discharge permit???) but the luminous simplicity of that would-be transaction shines through the haze of City-of-Portland reality…