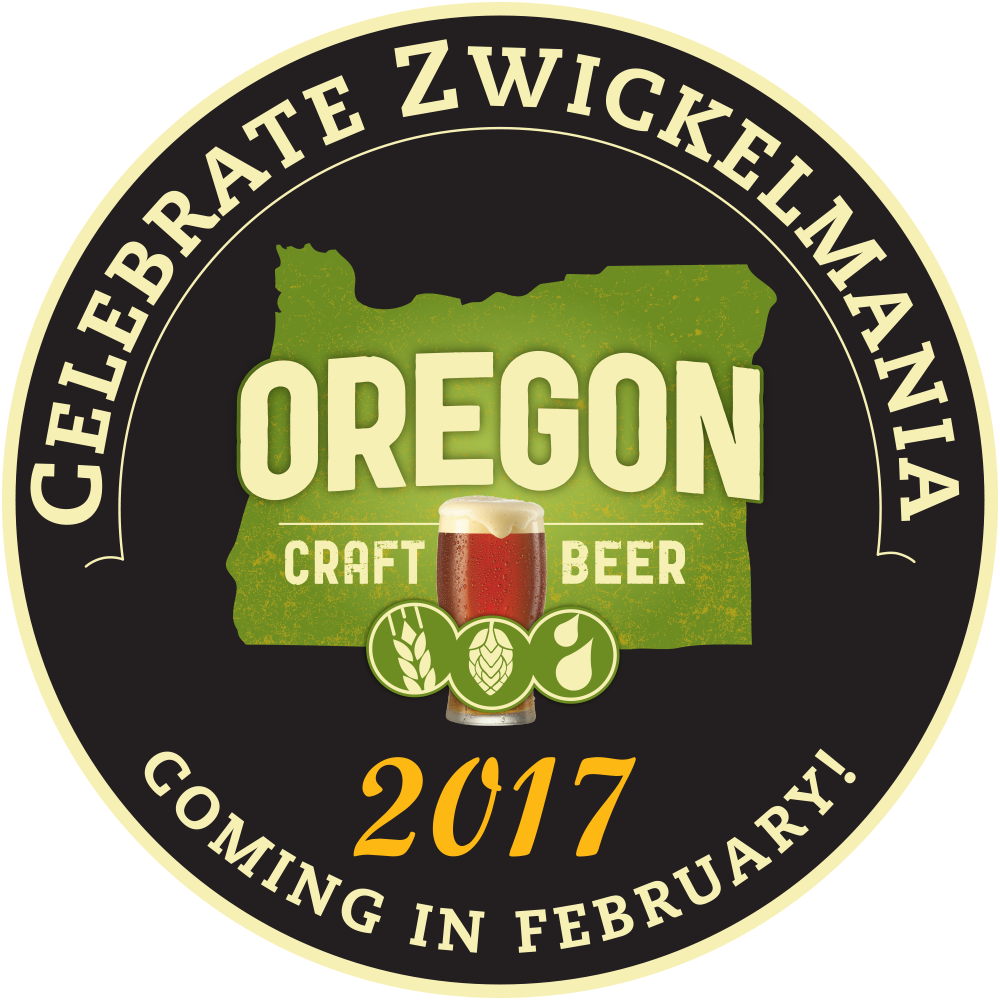 A daylong event that began in 2009 to open up breweries across the state of Oregon has caught on so well that the Oregon Brewers Guild has decided to expand its event this year. The 9th Annual Zwickelmania will expand to two weekends in 2017. Portland area breweries will celebrate Zwickelmania over President’s Day Weekend on Saturday, February 18th while the rest of the breweries within the state of Oregon will celebrate the following Saturday on February 25th. Both weekends participating breweries will have its breweries open from 11:00am until 4:00pm.

Zwickelmania is named after the zwickel that is the sample port that is mounted on a brite tank that allows brewers to sample their beer while its maturing. During these two weekends the Oregon Brewers Guild has a total of approximately 150 participating Oregon breweries lined up. Zwickelmania is a day where craft beer fans can sample beers alongside the brewers that made the beer while taking in a brewery tour.

“With two weekends, people from around Oregon can visit the 60+ breweries open in the Portland Metro area on February 18th and keep the beer flowing on the 25th at breweries that will be open for tours in Central Oregon, Eastern Oregon, Mt. Hood/the Gorge, Southern Oregon, The Coast and the Willamette Valley,” stated Oregon Brewers Guild executive director Brian Butenschoen in a news release.

In 2016 organizers state that over 42,500 people toured the 120 participating breweries statewide. With the expansion of Zwickelmania over two weekends the Oregon Brewers Guild expects that number to increase in 2017. We wonder if moving the event to two weekends will hurt beer tourist destinations such as Bend and Eugene when Zwickelmania falls on the non-holiday weekend after President’s Day. Time will tell.