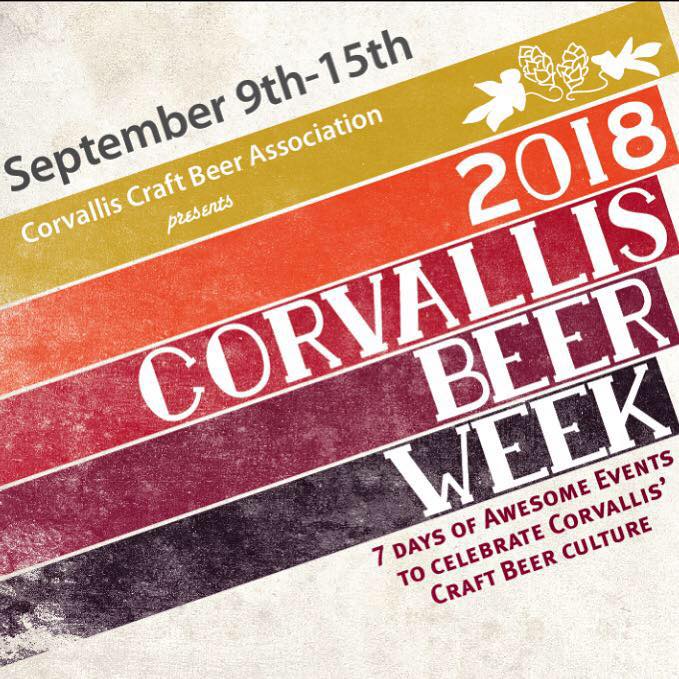 Founded in 2011 by Chris Althouse and Drew Salmi, Corvallis Beer Week returns this week from September 9-15, 2018 with craft beer events in Corvallis, Oregon.

Seven days of events kick off today with the Spigot Licker Bottle Release Party honoring Corvallis Brewing Supply’s anniversary with a beer brewed by Flat Tail Brewing. Then the week culminates with the 11th Annual Septembeerfest hosted by the Heart of the Valley Home Brewers at Avery Park.