Returning for its sixth year on January 26th is the 2019 NW Coffee Beer Invitational. Held once again at the famous Goose Hollow Inn owned by Portland’s favorite mayor Bud Clark, this annual event that features coffee beers will take place from Noon-7:00pm.

This mid-winter beer festival brings in the crowds each year and this year should be no different. The festival is curated by longtime brewer Dave Fleming as he seeks out the best beers and ciders infused with locally-roasted coffee.

For 2019 the festival will feature the reigning GABF gold medal winner in the coffee beer category, Kiitos Brewing from Salt Lake City. There will be a judged competition with the best of show winner announced at the festival around 4:00pm. 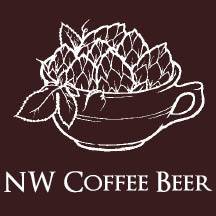 The festival will take place outside the Goose Hollow Inn as tents will be erected to keep everyone at bay for any potential bad weather. Great food from the Goose will be available throughout the event and there will be live music from The Michael Shay Trio (12:00-3:00pm) and festival favorites Logger’s Daughter (3:30-6:30pm).

Admission is $20.00 at the door and includes a festival glass along with 10 taster tickets. The event is family friendly, but no pets are allowed.