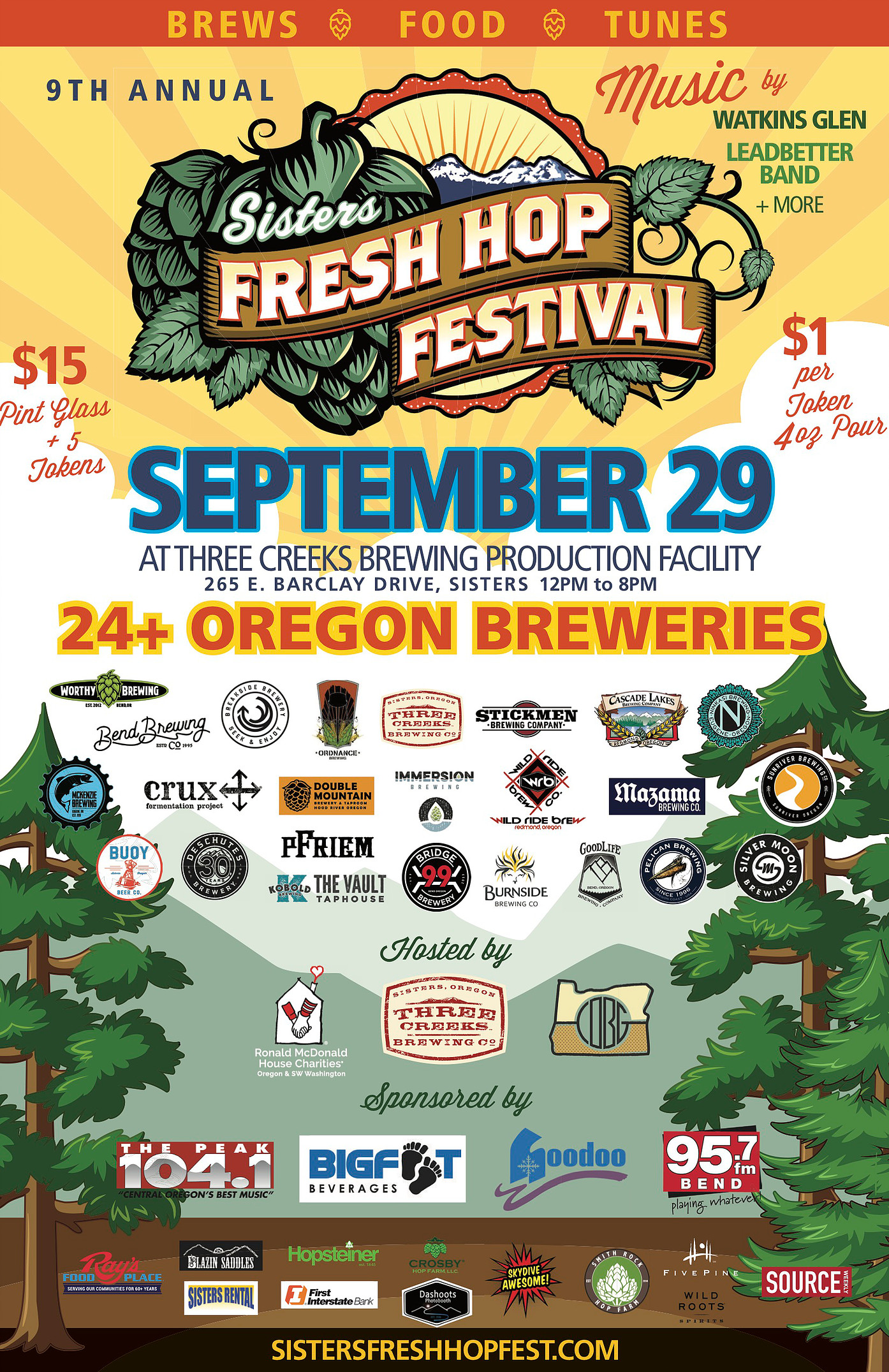 When the 9th Annual Sisters Fresh Hop Festival returns to Sisters, Oregon on September 29th, 2018 it will be at a new location. The festival will move from the park to the outside area of the Three Creeks Brewing Production Facility on the northern edge of town and take place from Noon-8:00pm.

Each year the Sisters Fresh Hop Festival partners with the Central Oregon Brewers Guild and raises money for local charities. In 2017 the festival raised over $10,000 for the American Cancer Society! This year, we are working with the Ronald McDonald House Charities. This is a great way to spend the day enjoying regional beers while raising money for children in need.

In addition to the fresh hop beer there will be food trucks, a photobooth, and music from Watkins Glen, Leadbetter Band and ​Tony Lompa. Vendors from Warfighter Outfitters to Wild Roots Distillery will be set up around the beer tent as well.

To enjoy the fresh hop beers a Tasting Package that includes a pint glass and 5 tokens is required and costs $15.00. Additional tokens are $1.00 that is good for a 4-ounce pour.

Kids and dogs are allowed at the event, but not inside of the beer tent. Bring your friends and family for a great time!

Stay up to date on the 9th annual Sisters Fresh Hop Festival by following its Facebook Event Page.