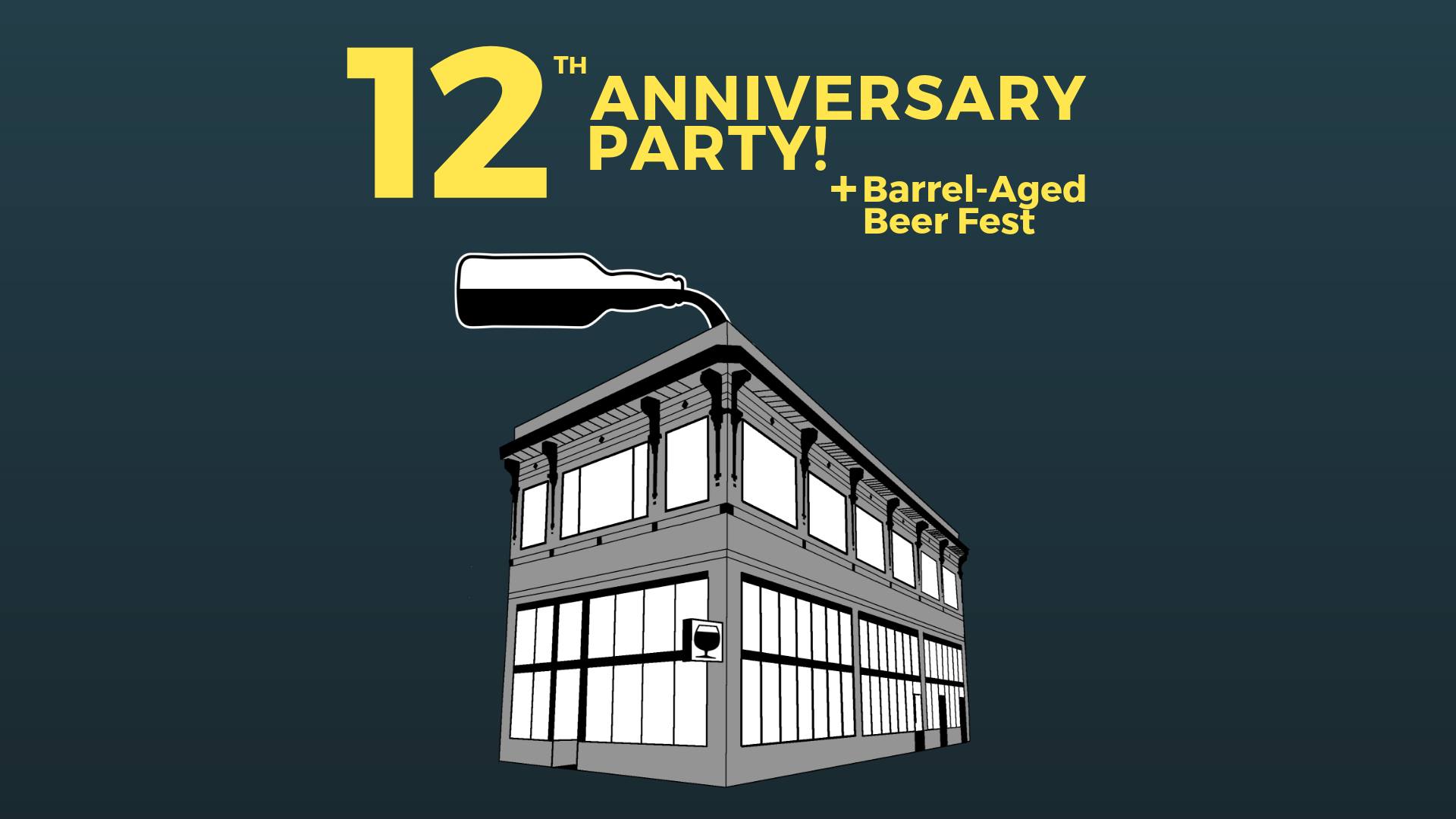 Twelve years ago during the summer of 2007, Geoff Phillips opened Bailey’s Taproom in downtown Portland when craft breweries in the United States numbered around 1,400. The beer landscape has changed quite a bit during the past 12 years. That same year in 2007, BridgePort Brewing was the 31st top brewery in the nation and Pete’s Brewing was ranked 39th. And we know what has taken place at these two breweries and the brewery count exceeds 7,000.

Here are the decriptions of the two Bailey’s Taproom 2019 Anniversary beers.

Aslan Brewing – PM To The AM Funk
In January we visited Aslan brewing and tasted through their wide range of barrel and foudre aged beers to come up with the perfect blend that represented some our favorite elements in beer. PM To The AM Funk is a rustic saison conditioned in neutral oak barrels and then finally dry hopped with Nelson Sauvin.

Pinthouse Pizza – Swankeny Street Purps
Last month we had the opportunity to fly down to Austin, Texas to work with our friend Tom Fischer at Pinthouse Pizza. We came up with a beer loosely based around their GABF and World Beer Cup award winning beer, Green Battles. Swankey Street Purps is a west coast IPA brewed with a heavy dose of Chinook and Mosaic.

Entry is free into the 12th Anniversary + Barrel-Aged Fest, just pay as you go on the excellent selection of beers and ciders! Doors open at Noon.