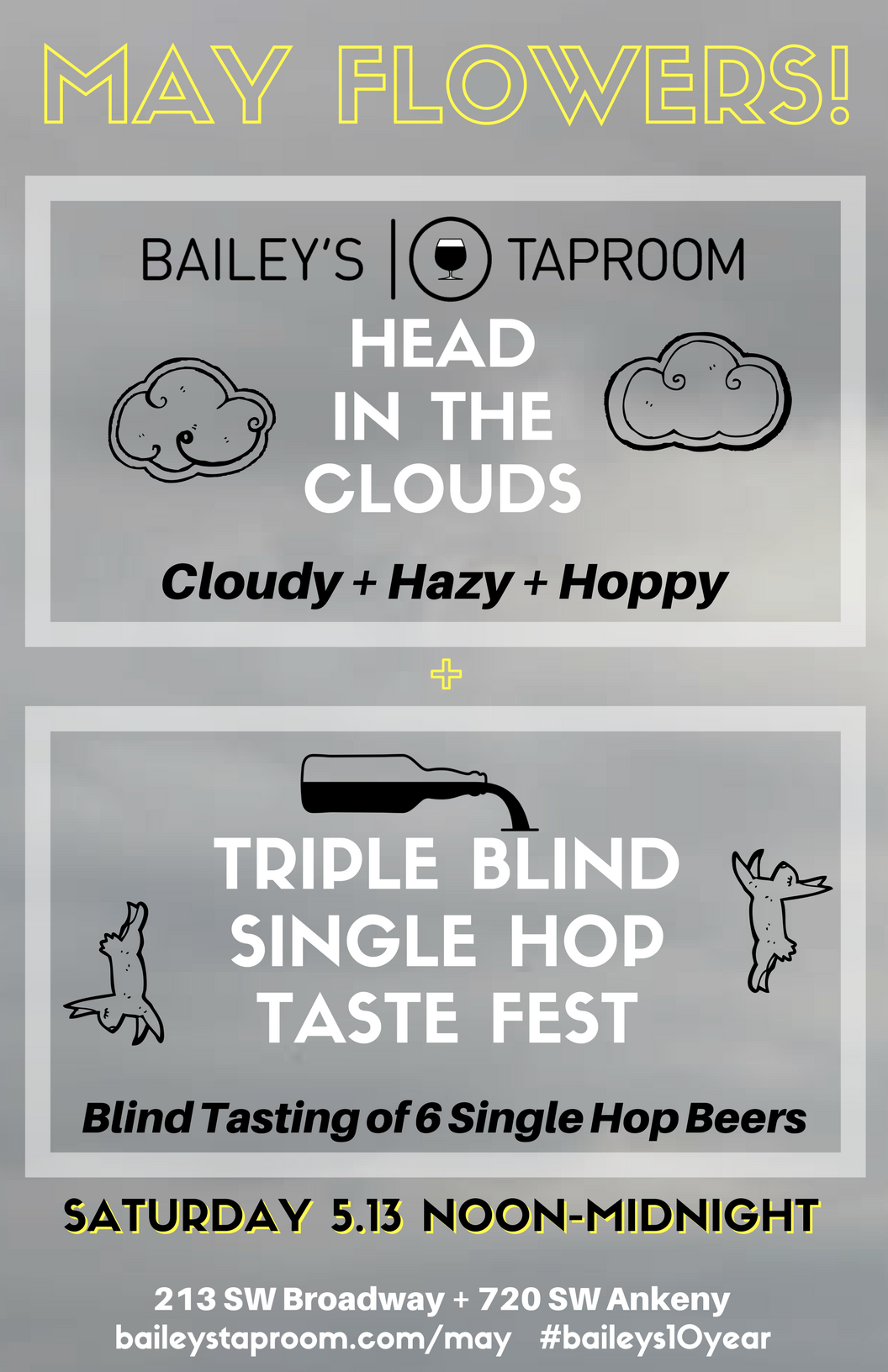 As Bailey’s Taproom continues its 10 Years with Bailey’s Taproom yearlong celebration, it will host a few events during the month of May. As a bonus Bailey’s will also launch its latest HAUSBIER, Solo Dolo from Flat Tail Brewing.

The month of events kicks off on Wednesday, May 10th when Tin Bucket celebrates its 4th Anniversary with the event TinLip. Held at The Upper Lip, this has become a tradition that allows Tin Bucket to takeover the taps pouring beers that the crew from Tin Bucket prefer to drink. Beginning at 4:00pm, TinLip will see some rare, special beers on tap along with some special bottles that will be popped throughout the evening. Admission is free, just be prepared to leave your dignity at the door as we are confident that Jason Monge and Jim Bonomo from Tin Bucket will do just that.

Bailey’s Taproom will celebrate the recent haze craze with beers as cloudy as our beloved Northwest skies at its Head in the Clouds as part of May Flowers!.

Admission is free to May Flowers! and will take place from noon until midnight! 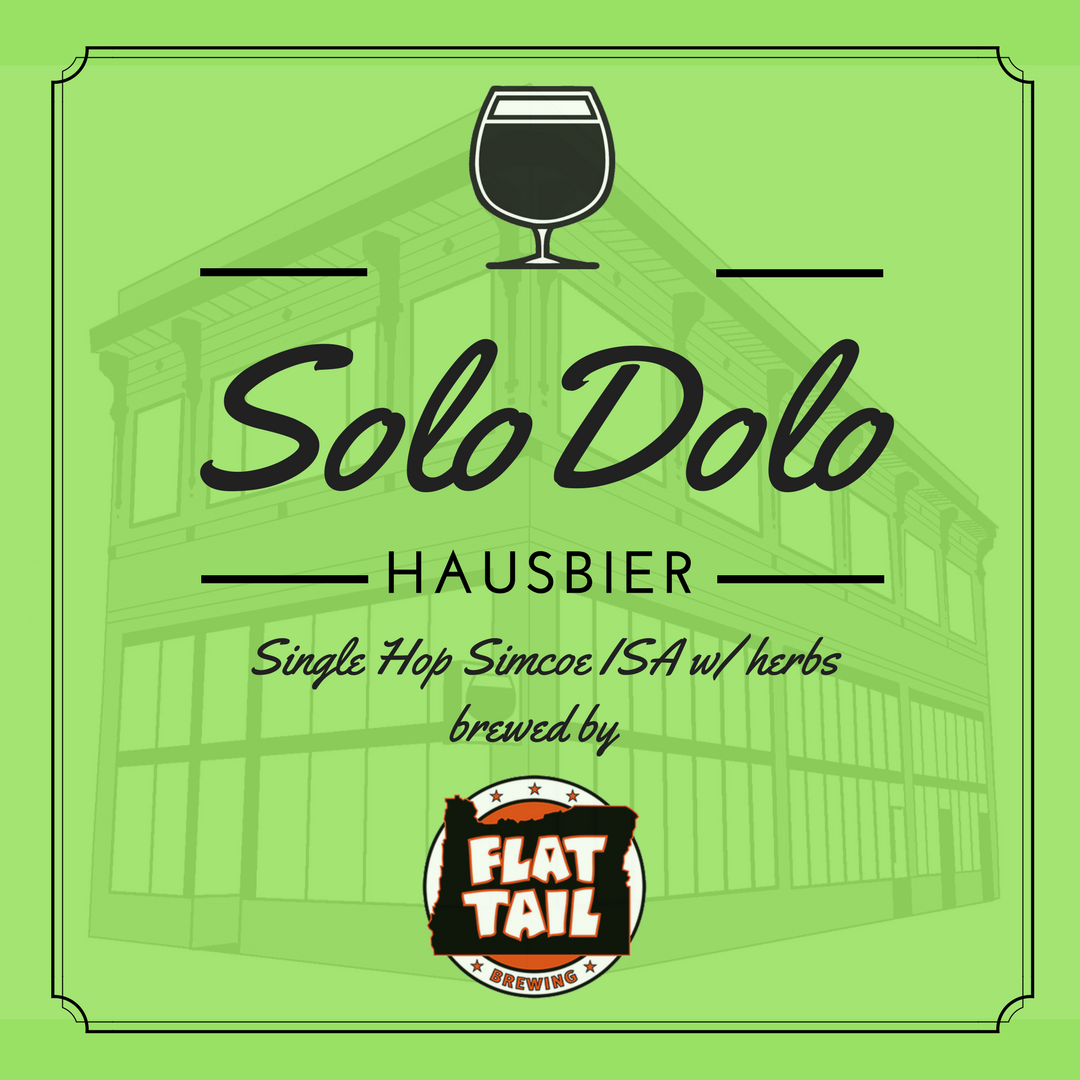 Then come mid-May look for the third installment in Bailey’s Taproom HAUSBIER program. For this quarterly release the beer bar teamed up with Flat Tail Brewing to brew Solo Dolo. Here’s how this collaboration came about from the words of Bailey’s beer buyer Bill Murnighan…

The gang at Bailey’s Taproom have long been friends & fans of the Flat Tail crew and it’s no lie that we ask for a keg (or 3) of Licentious Goat every time we meet. So, when it came time to draw up ideas for a collaborative ale, we decided to make a Kid. No really, a Kid is a baby Goat. Designed for Spring weather, we shrunk down the Licentious Goat recipe to an India Session Ale, decided to use solely Simcoe for hopping, and of course, included a kiss of those lovely herbs that gives the Goat it’s unique flavor. Expect to see Solo Dolo on tap starting Mid-May!