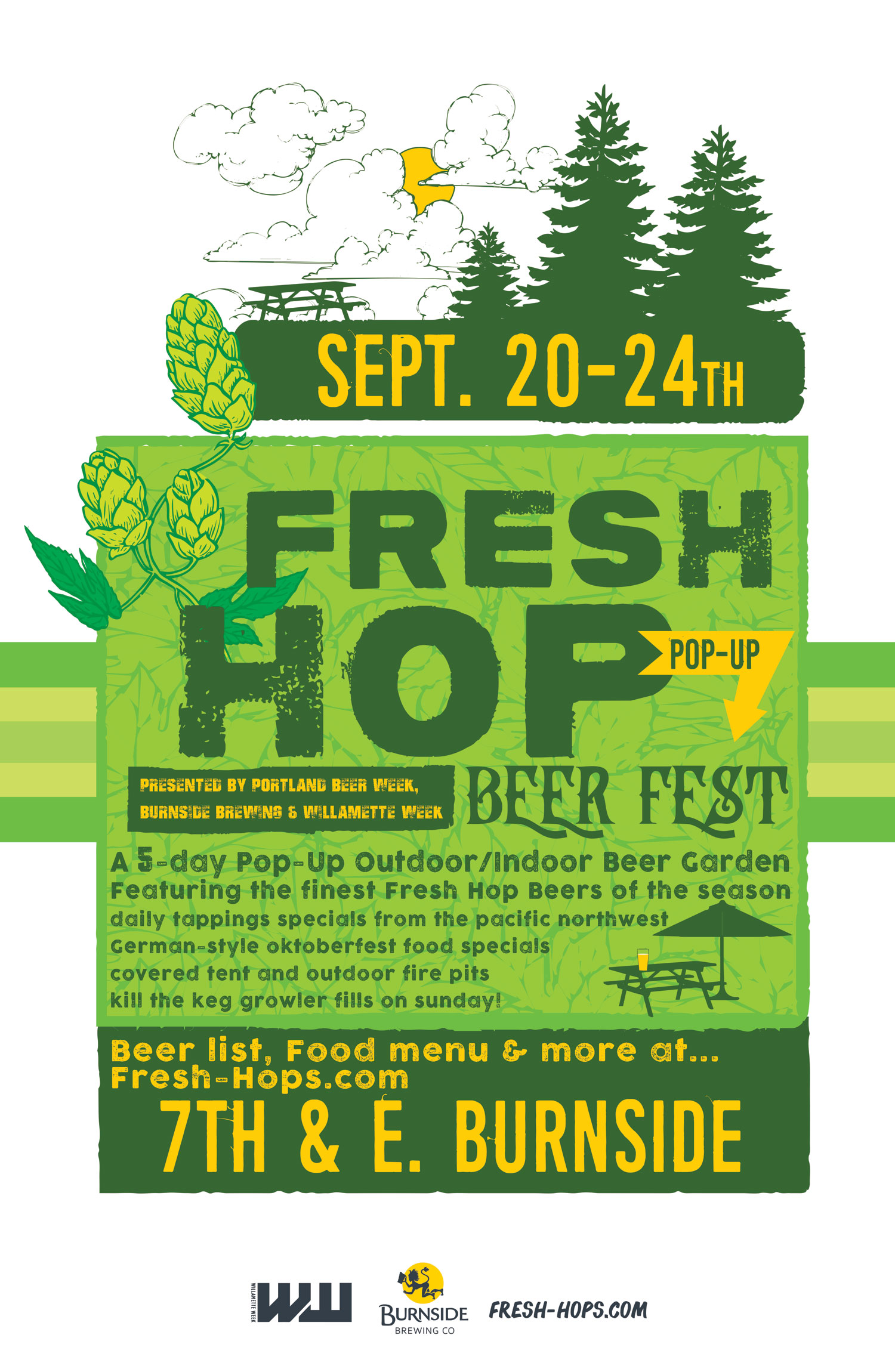 A week prior to the longstanding Portland Fresh Hops Fest, Burnside Brewing will host its 2nd annual Fresh Hop Pop-Up Beer Fest in its parking lot. This year’s fest will span five days from Wednesday, September 20th through Sunday, September 24th from 11:00am-9:00pm each day.

The taplist will rotate each day at the Fresh Hop Pop-Up with expected 8 to 10 beers on tap during its daily 10 hour run. Also new for 2017 will be outdoor fire pits along with a light German-style menu.

Here’s a rundown on the beer that are scheduled to be tapped each of the first four days.

Beyond the fresh hop beers pouring outside in the parking lot at Burnside Brewing, there will also be a special food menu just for the Fresh Hop Pop-Up. And inside the pub Burnside’s full menu will be available.

Remember to bring cash as Cash Is King at the Fresh Hop Pop-UP. There’s no cover to enter and fresh hop beers are only $3.00 per half pint and $6.00 per pint. All ages are welcome.