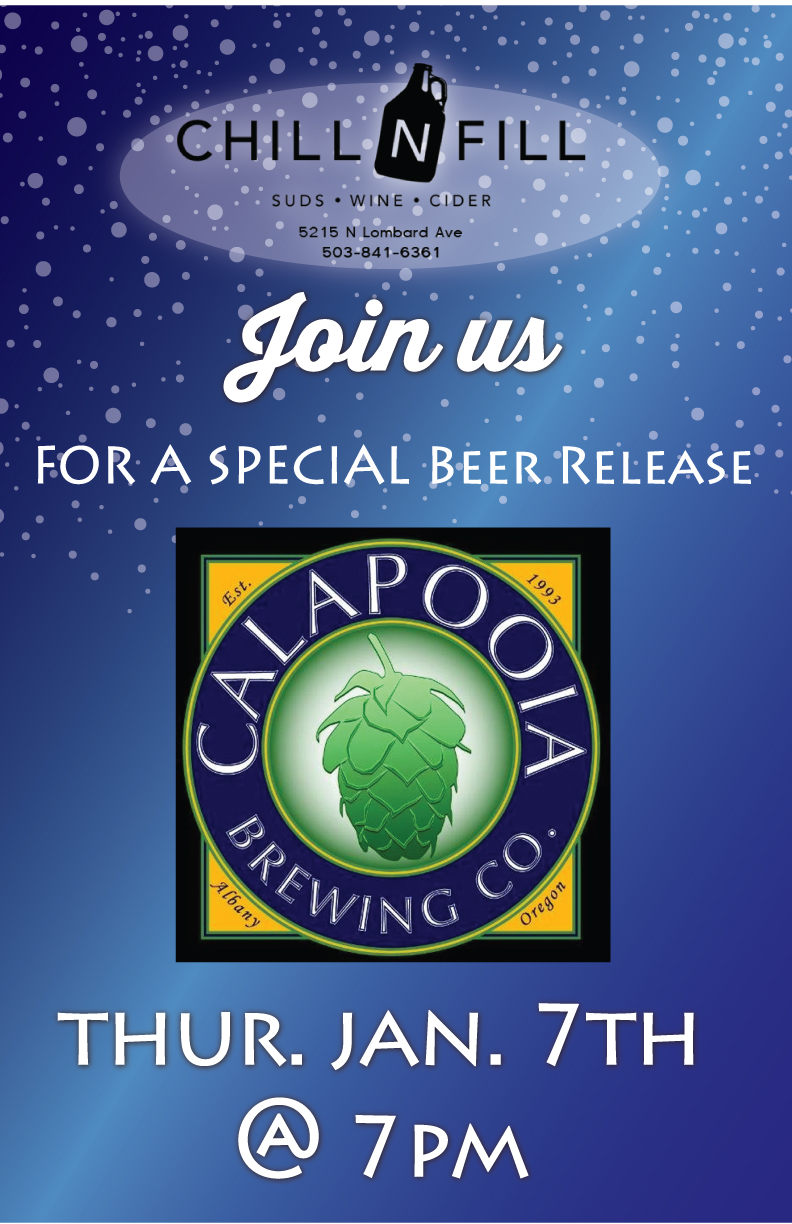 The first release from Calapooia Brewing’s Wine Barrel-Aged Series will be released on Thursday, January 7, in Portland at Chill N Fill. The debut of this new barrel-age beer, Kildirkin Vol. 1 will take place beginning at 7:00pm.

Deriving its name from a small barrel, Kildirkin Vol 1 is Calapooia Brewing’s winter warmer that has been aged in red wine barrels for three months. Chocolate and Dark Crystal malt were used with a hint of Roasted malt & licorice root. The hops used were Apollo, Cascade, and Golding. Kildirkin Vol 1 comes in at 7% ABV and 60 IBU.

Chill N Fill will also be pouring the following selections from Calapooia:

Check it out Thursday at Chill N Fill while mingling with the brewer until 9:00pm.