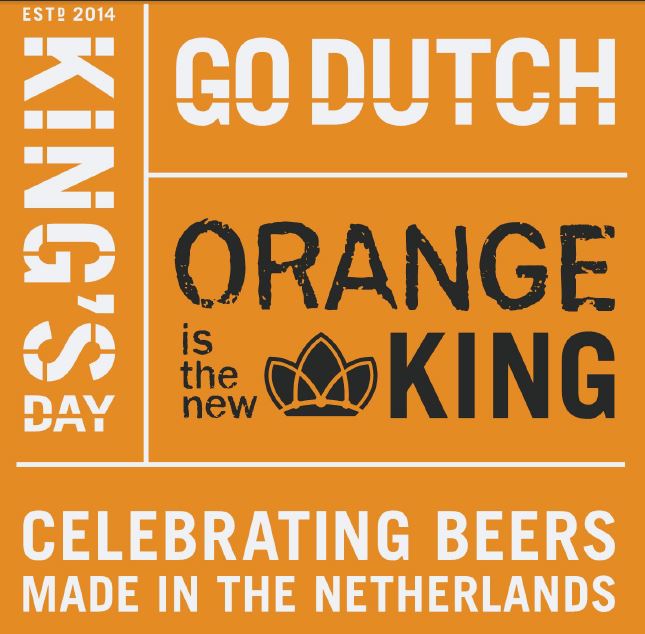 The Netherland’s King’s Day returns for its second consecutive year and beer drinkers here in Portland are able to celebrate. Portlanders can “Go Dutch” at Bazi Bierbrasserie when they host King’s Day on Monday, April 27th from 6:00 to 9:00pm.

On April 27th the Dutch celebrate Koningsdag or King’s Day to offer a national celebration for the birthday of King Willem-Alexander. Prior to last year, this day was known as Koninginnedag or Queen’s Day.

Bazi will do its part to celebrate King’s Day by encouraging its patrons to wear the color of royalty, Orange. Then experience a special Dutch tasting tray including beers from two famous breweries: La Trappe and Urthel.

Urthel’s world-class beers are designed and brewed by Hildegard Van Ostaden, and the artwork and packaging are creative masterpieces of her husband, Bas. Since autumn of 2006, all of Hildegard’s beers have been produced at Koningshoeven in Tilburg, Holland.

The Dutch sampler trays will be available for $12. Each flight consists of 4 – 5 oz pours.

Complimentary “King’s Day” t-shirts will be available with every Dutch sampler tray purchase while supplies last. Expect orange beads, crown’s fit for a Queen or King, bottle openers, plus other swag.