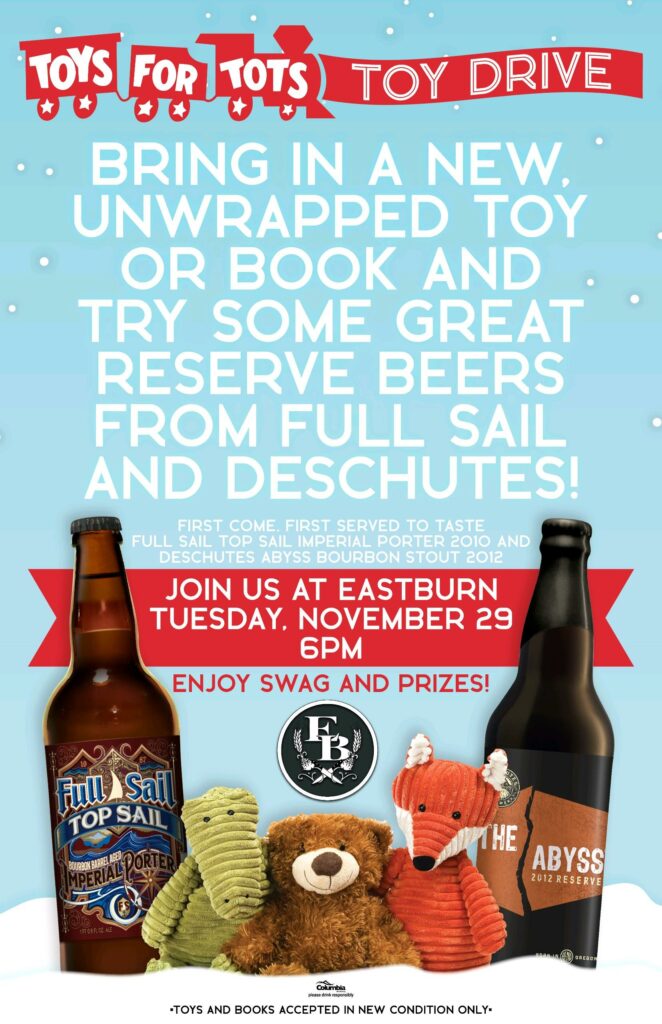 A great charity for the holiday season will be at EastBurn on Tuesday, November 29 to gather new, unwrapped toys or books for its Toys for Tots Toy Drive. The event will kick off at 6:00pm and will include five vintage beers being served from Deschutes Brewery and Full Sail Brewing.

Here’s a preview of the beers that will be served.

To sample these beers, just bring in a new, unwrapped toy or book to EastBurn’s Toys for Tots Toy Drive while supporting a great cause for the local community!

In addition to support this great cause, enjoy brewery swag and prizes! Plus, since it is Tuesday, enjoy half priced pints all day long.