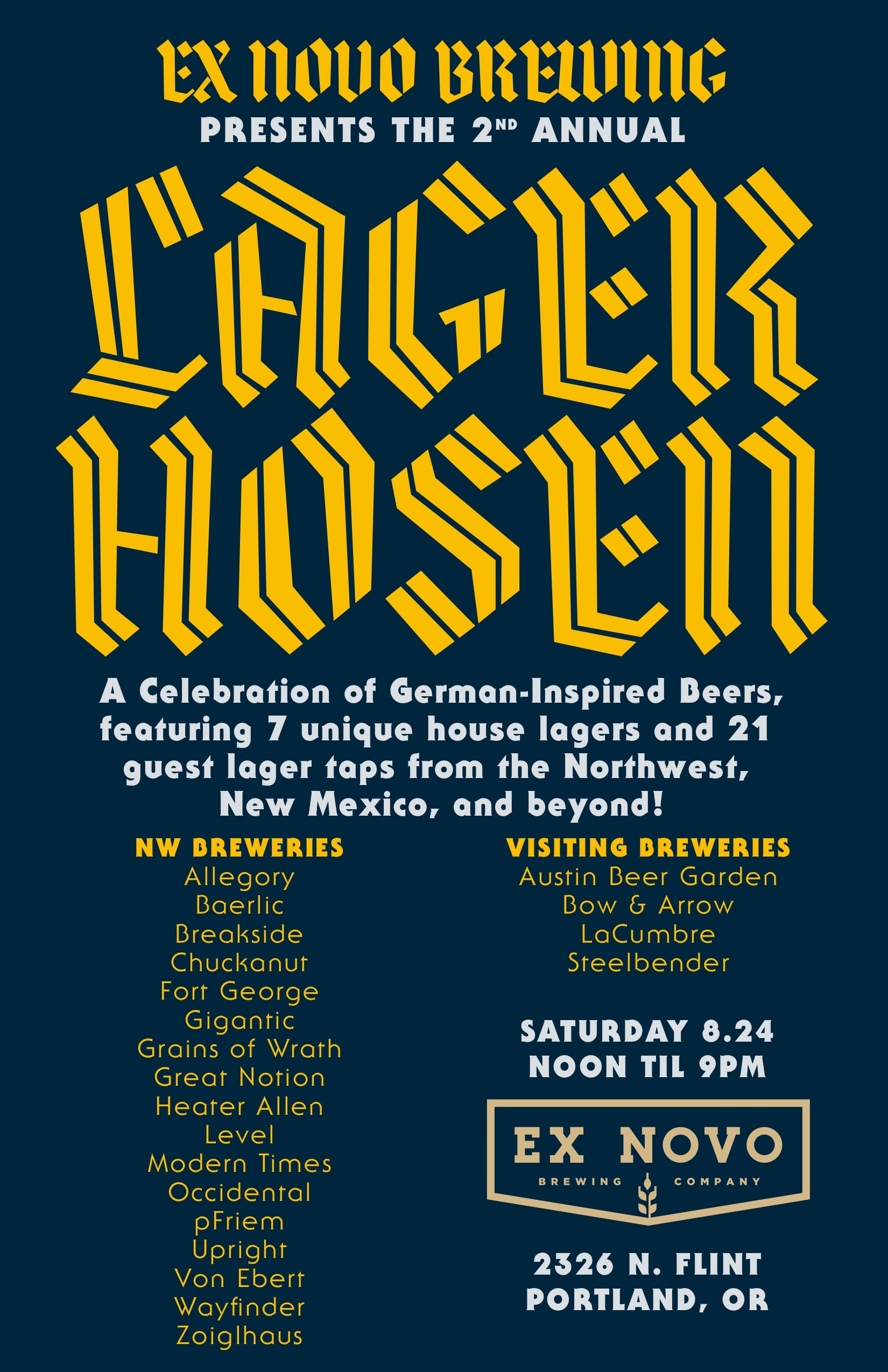 Hosted by Ex Novo Brewing, Lagerhosen ’19 will return for its second year to the North Portland brewery on August 24th, 2019 from Noon-9:00pm. This second installment of Lagerhosen will be bigger the second time around with lagers from 21 breweries from the Northwest and beyond.

Of the 21 participating breweries, there have been a collective 20 awarded medals from the Great American Beer Festival between them, all in the various lager categories. At Lagerhosen ’19, each brewery will have its own table that’s dedicated to their festival lagers. There will also be representatives there to chat about their take on the style. If you arrive early between Noon and 1:00pm, there will be brewers or brewery staff at each table.

Ex Novo will pour seven housebrewed lagers, including the popular Perle Haggard Pilsner and Most Interesting Lager in the World.

To keep the German theme going beyond the beers, Ex Novo will be offering food specials throughout the day that will focus on traditional German fare. Regular food menu items will also be available.

Here’s a preview of the 21 breweries that will be featured at Lagerhosen ’19 on August 24th. 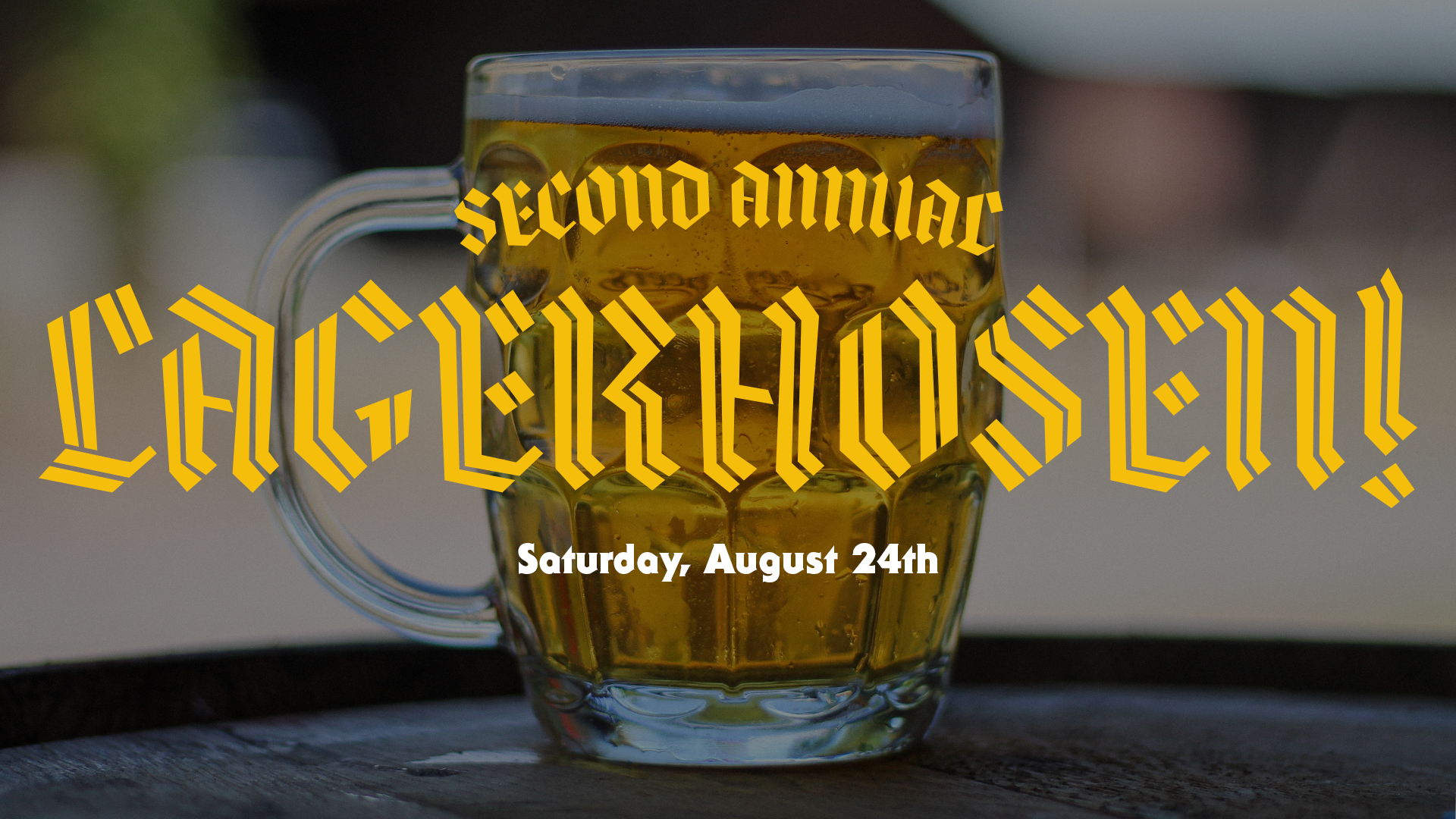 Entry into Lagerhosen ’19 is $20.00 and includes a keepsake Lagerhosen mug and 8 wooden nickels each good for a 12cL or better known as a 4oz pour from any brewery. Additional wooden nickels will be available to purchase for $1.00 each. Advance tickets available here at $21.19 after fees. Yep, that’s about $10 per pint.