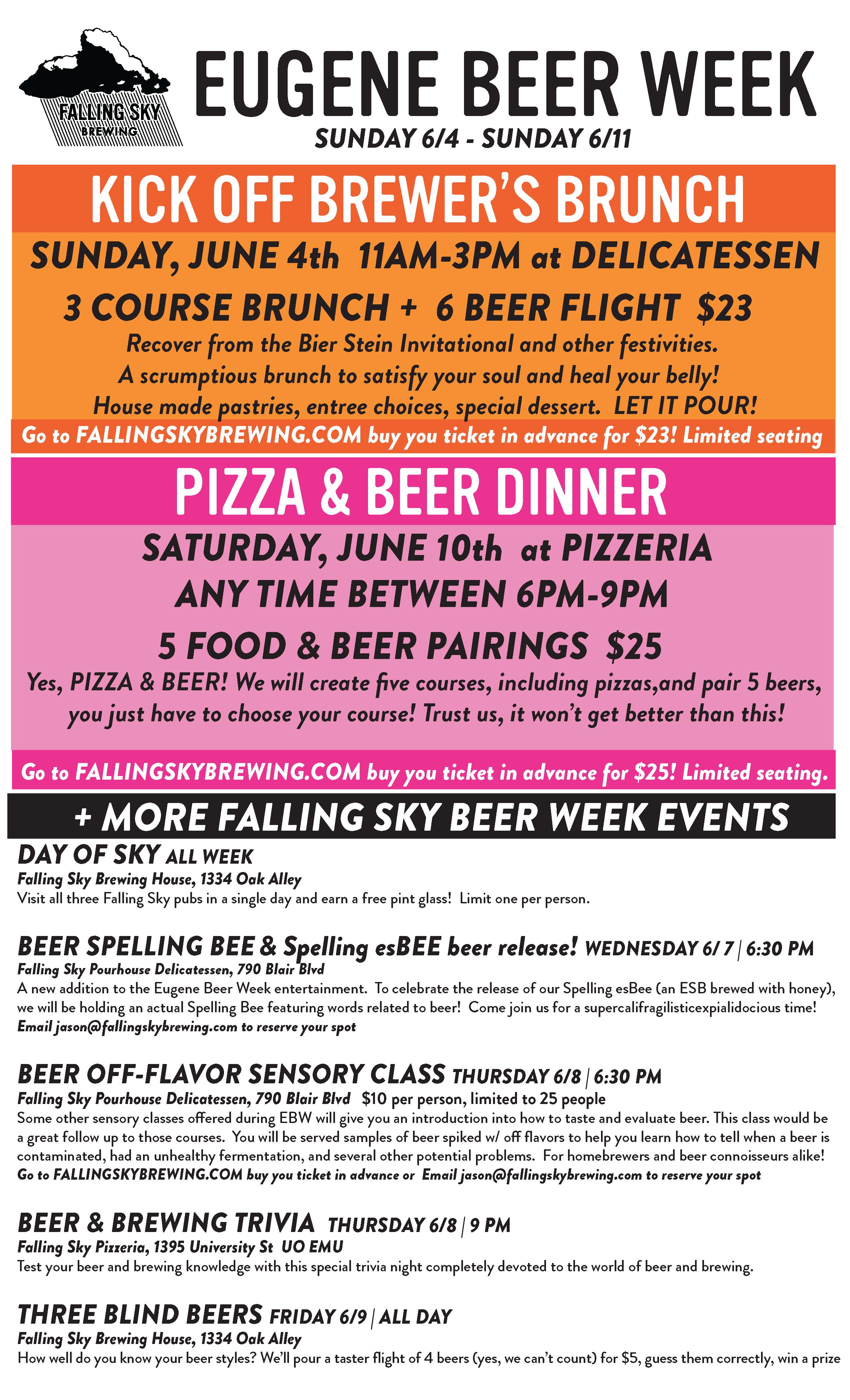 As Eugene Beer Week kicks off for its seventh year on Saturday, June 3rd, Falling Sky Brewing will be hosting a few events during the nine-day celebration. The more prominent events include a Kick Off Brewer’s Brunch, Off Flavor Sensory Class, and a Pizza and Beer Dinner.

Beer Off-Flavor Sensory Class
Falling Sky Pour House Delicatessen
790 Blair Blvd, Eugene, Oregon 97402
Thursday, June 8th – 6:30pm-7:30pm
Some other sensory classes covered during EBW will give you an introduction into how to taste and evaluate beer. This class would be a great follow up to those courses. You will be served samples of beer spiked w/o flavors to help you learn how to tell when a beer is contaminated, had an unhealthy fermentation, and several other potential problems. For homebrewers and beer connoisseurs alike!
Limit 25 people.

Pizza & Beer Dinner
Falling Sky Brewing Pizzeria & Public House
1395 University St, Eugene, Oregon 97403
Saturday, June 10th – 6pm-9pm
Five Food and Beer Pairings – $25.00
We will create five courses, including pizza and pair 5 beers. We will create five courses, including pizzas, and pair 5 beers, you just have to choose your course! Trust us, it won’t get better than this! Meatballs, Savory Pizzas, Dessert Pizzas, Veggie options, it will be a Pizzeria feast- Falling Sky Style!