Holiday ales, hemp ales, and anniversaries at The Commons and Cascade Brewing; all of the craft beer events for the first week of December.

Three Bad Baptists
6-8 p.m. Thursday Dec. 1, 23rd Avenue Bottle Shop. 2290 NW Thurman St.; all ages ok, 21 and over to sample.
They’ll be tapping Epic’s Big Bad Baptist, Double Barrel Baptist and Big Bad Baptista. The three beers will be available on draft all weekend, or until the kegs blow, in 10oz tulip glasses of sample all three big, bad beers on a taster tray.
Big Bad Baptist
One Big Bad Imperial Stout with Cocoa nibs and Coffee beans. Each season’s release uses a different dark roasted coffee.
Double Barrel Big Bad Baptist
Double Barrel Big Bad Baptist is the cream of the crop with only the choicest barrels selected for the blend, barrel-aged single-origin coffee and artisanal cacao nibs.
Big Bad Baptista
Big Bad Baptista is inspired by traditional Mexican coffee, Café de Olla, which is served with cinnamon and piloncillo, an unrefined sugar. The Cinnamon adds another layer of complexity and accentuates the earthy character of Mexican Coffee, and captures the essence of a place and its culture. Big Bad Baptista is a combination of Vanilla, Cinnamon, Mexican coffee and Solstice Chocolate cacao nibs. Luxurious with a pleasant warming sensation from the cinnamon and alcohol.

Weed Week/Oregon’s First CBD-Infused Beer
4 – 8 p.m. Friday Dec. 2, EastBurn, 1800 E Burnside St.
Coalition Brewing is releasing Oregon’s first commercially produced hemp beer, a West Coast IPA infused with CBD (cannabidiol) celebrating the union of hops and cannabis. These two plants, in addition to their related genetics, produce similar organic aromatic compounds known as terpenes. This beer will contain NO THC (the psychoactive element found in marijuana), but will contain an active dose of Cannabidiol, commonly known as CBD. While not psychoactive, CBD are renowned for their calming properties and various medicinal applications. The Coalition crew has been working closely with the local community to underline the harmony and synergy of the Pacific NW craft brewing and cannabis industries. In addition to the agricultural similarities, craft brewing and cannabis share focus on community, innovation and a positive impact to the local economy. They offer a sneak peek of this beer as part of Portland’s inaugural Weed Week, which includes a panel discussion on the relationship of Hops and Cannabis. 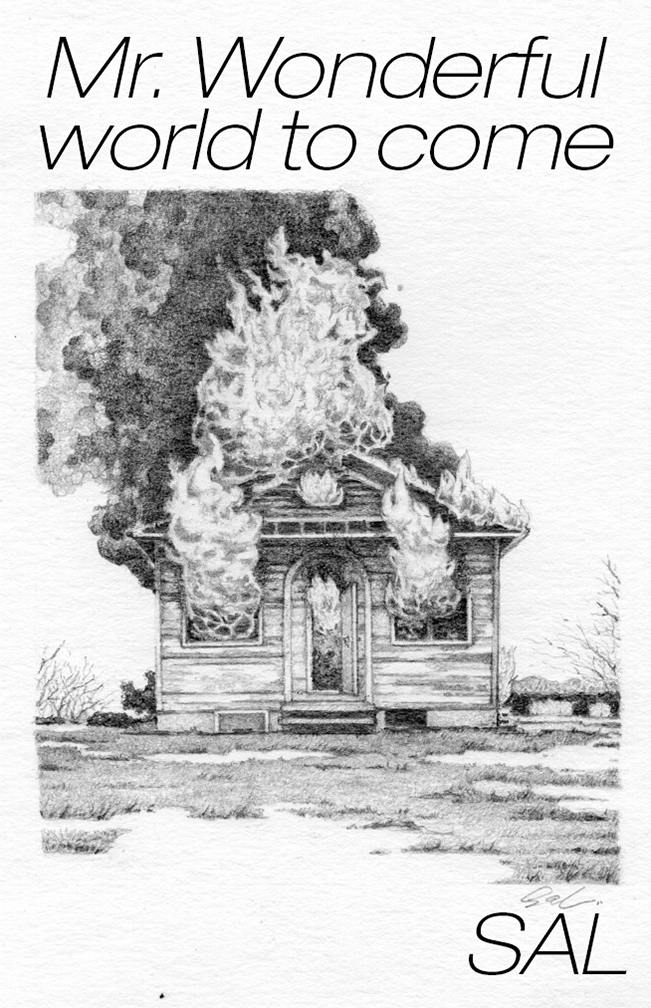 First Zoigl-Wort
4-7 p.m. Saturday Dec. 2, Zoiglhaus Brewing Co., 5716 SE 92nd Ave; $35 for 5 gallons of cooled, aerated wort RSVP required at 971-339-2374.
Zoiglhaus continues a centuries-old German tradition where the citizens of a Zoigl town brewed wort in the communal brewery, took the wort home, added yeast, fermented the wort to beer, then sold the beer out of their homes.While you can’t legally sell beer out of your home, you can do the next best thing: fill up your carboy with freshly brewed wort at Zoiglhaus, take it and a fresh can of yeast home with you to ferment your own beer. Add dry hops, extra flavorings, or leave it as is. It’s up to you. When the beer is done, you can share it with family or friends in the Zoigl spirit. Zoiglhaus will brew the first trial batch of ZPA, a hop-focused Pale Ale brewed with all-German ingredients. The from this brew will be available for purchase between 4 pm and 7 pm. r drop by the brewery to sign up for this event. And on January 7 2017, Zoiglhaus will host the first Zoigl-Wort to Bierfest with a party. All of the participants are welcome to bring in samples of their brew to share with the Zoiglhaus brew staff (apparently they like tasting beer…) as well as the other home brewers.

Mele Kalikimaka
6-8 p.m. Tuesday Dec. 6, Imperial Bottle Shop & Taproom, 3090 SE Division St.;
Kick off the holiday season Hawaiian-style with Pono Brewing and Musubi. Pono Brewing Co.’s beers and culture are inspired by the Pacific Islands and the Imperial crew will be pouring Pono’s Pineapple Express Kölsch and Tropical Thunder IPA. (wear an Aloha shirt and get a buck off  imperial pints of either) Musubi recently opened down the street from the Imperial on Division, and they make musubi, otherwise known as onigiri: an unseasoned rice ball (unlike the sweet vinegar seasoning of sushi) with some kind of savory layer, wrapped in a sheet of nori. The combination of sushi grade rice and creative, homemade fillings wrapped in umami-rich seaweed will pair beautifully with Pono’s tropical brews. 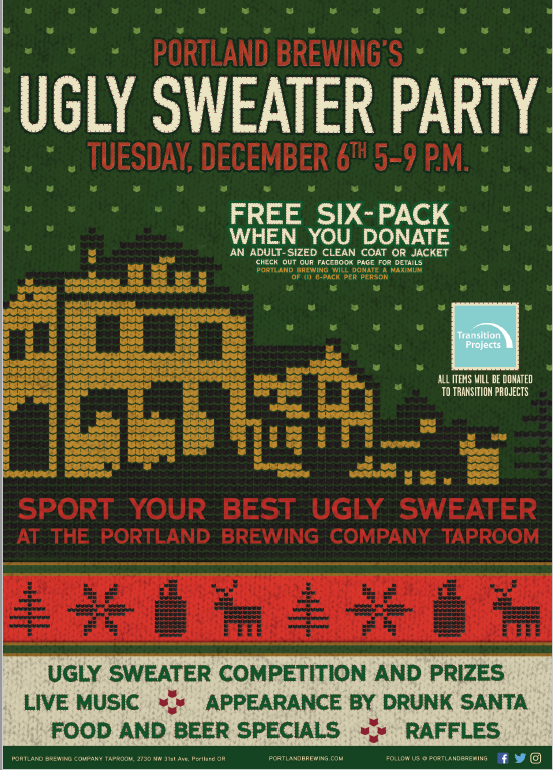 Ugly Sweater Party
5-9 p.m. Tuesday Dec. 6, Portland Brewing Taproom, 2730 NW 31st Ave.;
December is here, and it’s time to brighten up the Dark Month with Portland Brewing’s Annual Ugly Sweater Party. Donate an adult-sized coat or jacket to a good cause, and get a free six-pack. And don’t forget to wear your ugliest holiday sweater — extra points if it lights up, makes reindeer noises or plays “The Little Drummer Boy”! — for the ugly sweater competition. Also: live music, raffles, and an appearance by Drunk Santa.