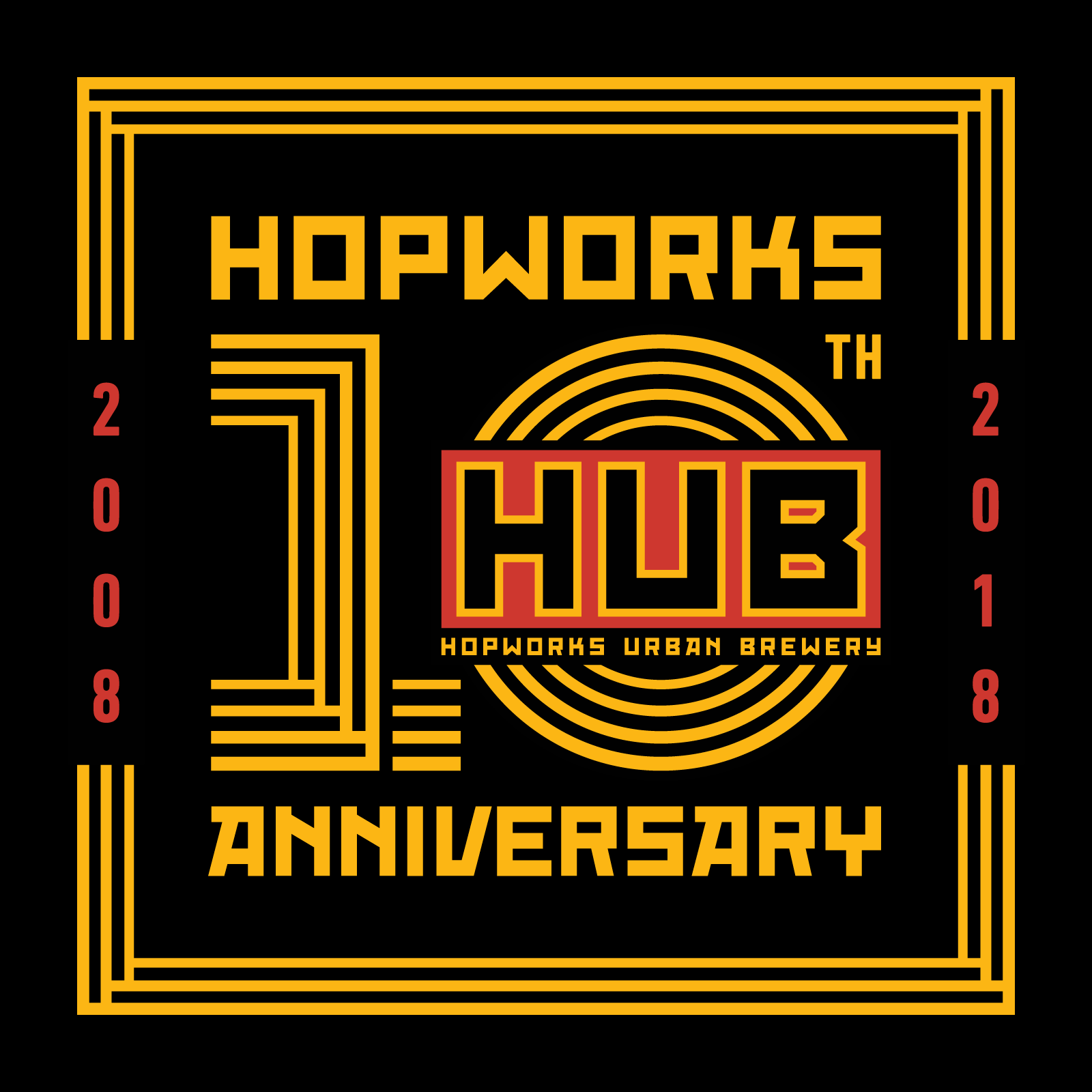 Portland, Ore., March 21, 2018 – Hopworks Urban Brewery (HUB), the first Certified B Corporation brewery in the Northwest and member of 1% for the Planet, today announces its 10th anniversary. In conjunction with this important milestone, HUB is hosting three new beer festivals throughout the year. The first event, (B)Earth Day Beer Fest, takes place on Saturday, April 21 and features 10 special beers, a spotlight on sustainability, and a look back at the last decade.

“Since day one we have set out to brew world-class beer as sustainably as possible. I’m proud of what our whole team has accomplished so far,” said HUB Brewmaster and Founder, Christian Ettinger. “Beer is an incredible mash up of art, science, and passion. Throughout history beer has been the center of every great table and we are honored to have a small part in that history. We love beer and look forward to coming to work every day, and now with 10 years under our belt we look forward to 100 more.”

A Decade of HUB History Highlights

“We are enthusiastic supporters of local schools, non-profits and environmental organizations. We love seeing how our brewpub has become a community ‘hub’ for families of all shapes and sizes,” said HUB Co-Owner and Community Engagement Director, Brandie Ettinger. “We would like to thank our incredible, thoughtful team and our guests for their continued support and dedication to the idea that beer is a force for good in the community!”

HUB’s 10-year celebration is marked with three major zero-waste beer festivals. Each is designed to highlight partners that share the company’s commitment to make a positive environmental impact in the Pacific Northwest and beyond.

For all 10-year events, information and news, check hopworksbeer.com/10.

About Hopworks Urban Brewery
Hopworks Urban Brewery creates world-class beer and food with sustainable business practices that protect the environment and inspire the community. Utilizing organic malts and a combination of locally-sourced, organic, and Salmon Safe hops, the company’s 20-barrel brewery in Portland, and 7-barrel brewery in Vancouver, produce 13,500 barrels of beer and cider a year for HUB’s brewpubs and distribution throughout the West. Hopworks is a family-owned and operated business, the first Certified B Corporation brewery in the Pacific Northwest, a member of 1% For The Planet, and a gold-level bike friendly business.