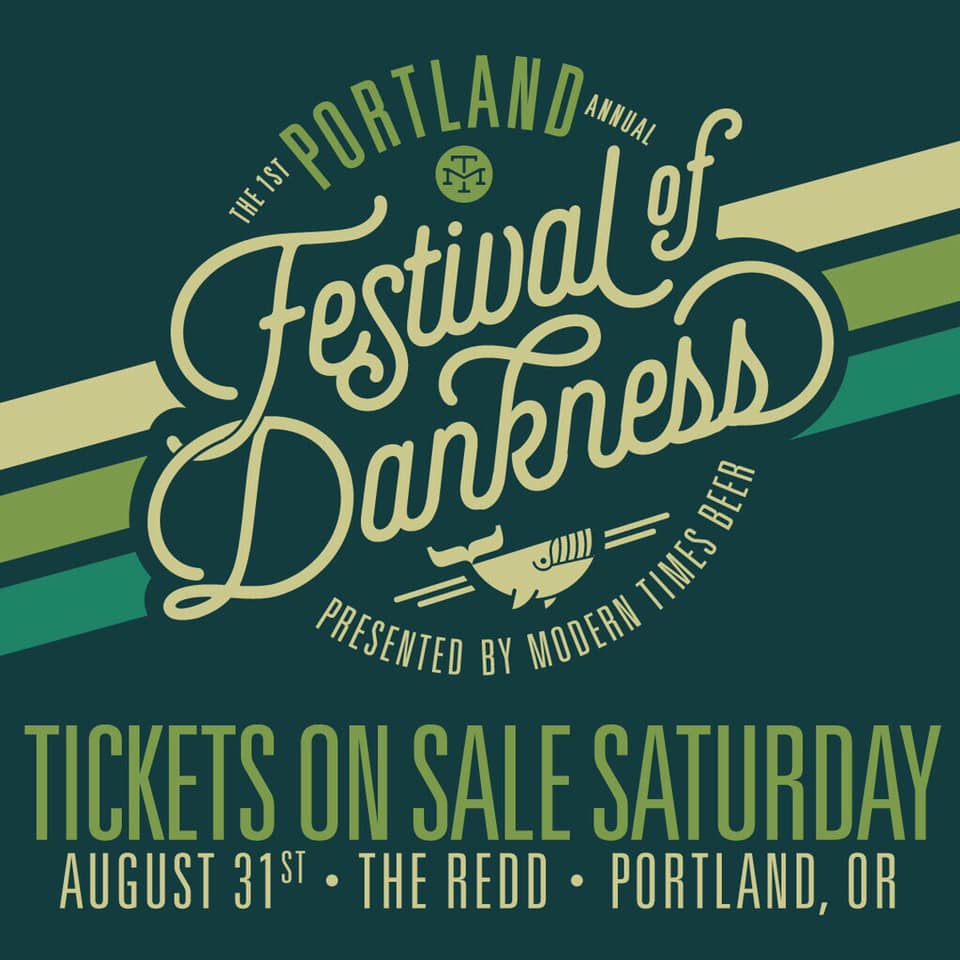 The last time a beer event of this magnitude came to Portland was back in 2015 when Green Dragon hosted Boneyard Beer’s BEERGASM during the Craft Brewers Conference. Modern Times has reached out to its friends within the brewing industry and for us it’s a great thing that they keep some pretty stellar friendships as theses will be on display during Festival of Dankness.

Last year the brewer teased us with its Festival of Dankness Roadshow but this year it’ll go all out with the full version of this popular San Diego IPA fest. Portland’s Festival of Dankness will be held nearby The Belmont Fermentorium at The Redd, a 33,000 square foot event space that recently went through a major renovation. An excellent choice for a space to hold this new to Portland festival as it allows for ample room indoors along with its outdoor space to the west.

To bring the Festival of Dankness to Portland, Modern Times has invited some of the best and highly respected breweries from across the country to the Rose City. How often can you find beers from 3 Floyds, Arizona Wilderness, Aslin Beer, Green Cheek, Outer Range Brewing, and The Veil to name a few pouring in the Rose City? Many of the brewers will be in attendance chatting about their beers and their brewing process. If you are a have fan of hops, this should be a must attend festival. We are ecstatic that it is finally being held in Portland!

Portland’s Festival of Dankness will offer two ticket options when tickets go on-sale to the general public on Saturday, July 20th beginning at 10:00am. General Admission will take place from 3:00-7:00pm and a very limited VIP session that begins one hour earlier at 2:00pm. The fest is only for those 21 years of age or older.

From what we understand via a Modern Times’ League of Partygoers & Elegant People member, VIP Tickets are $70.00 ($74.49 after service fee) and General Admission Tickets are $45.00 ($48.24 after service fee). Each ticket includes a generous 30 three-ounce tasters. VIP tickets include a few other perks. Tickets can be accessed by clicking HERE.

All profits from the Festival of Dankness will go to 350 PDX and New Avenues for Youth, two great local non-profits that do a lot of good for the local community.

When it comes to the brewery list for Portland’s Festival of Dankness, here’s a preview of what to expect on August 31st. Not too shabby!

To assist in all of these hoppy delights, Festival of Dankness will feature a handful of food trucks parked inside the festival. And since it’s a Modern Times event there will be a selection of vegan options to choose from.

Stay up to date on Portland’s Festival of Dankness by following its Facebook Event Page.