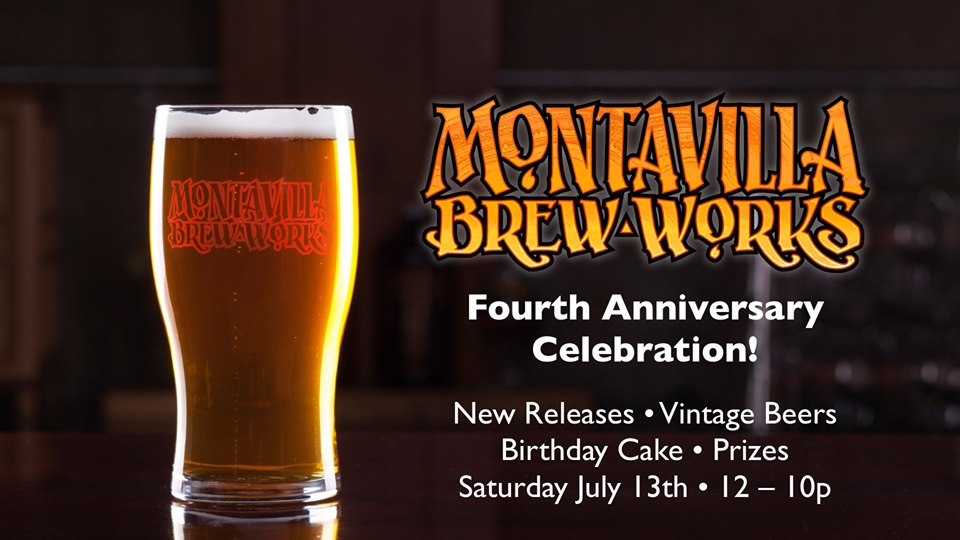 Celebrate four years of brewing in Portland’s Montavilla neighborhood on Saturday, July 13th. From Noon-10:00pm, Montavilla Brew Works will host its Fourth Anniversary Celebration at its brewery that has become an integral part of Montavilla.

Montavilla Brew Works will tap four special beers that will be released on Saturday. It’ll also host Mixteca, a food truck known for its tamales and tacos, serve a birthday cake and offer up some nice raffle prizes!