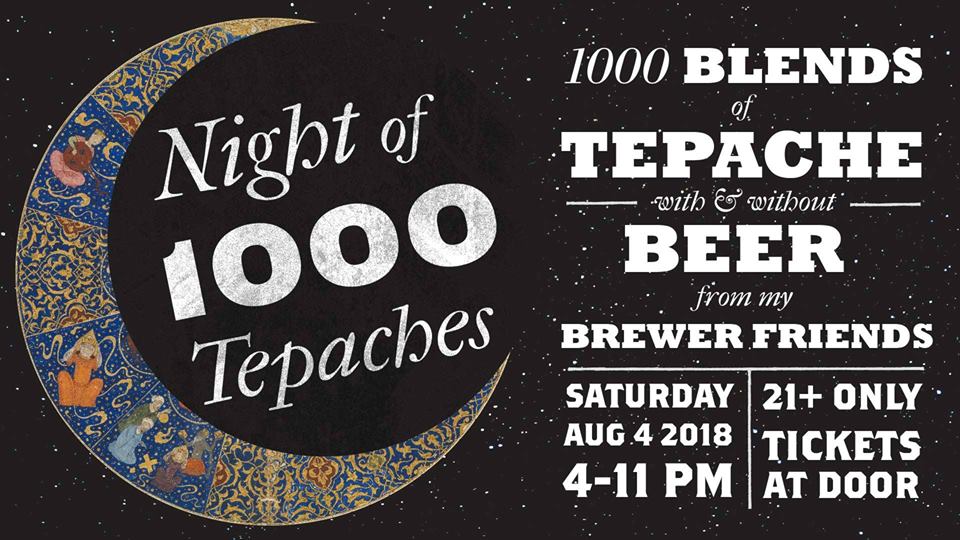 Found throughout central Mexico is a drink known as tepache. This fermented beverage uses the rind and peel from pineapples with brown sugar to create a low alcohol drink.

Locally Reverend Nat’s Hard Cider has been producing its take on a Tepache for the past few years. On Saturday, August 4th from 4:00-11:00pm Reverend Nat’s will host its 4th Annual Night of 1000 Tepaches.

For this year’s Night of 1000 Tepaches, Revernd Nat has collaborated with 18 local breweries to blend his tasty Tepache with each brewery’s beer. There will also be 12 blends of Tepache with non-beer ingredients.