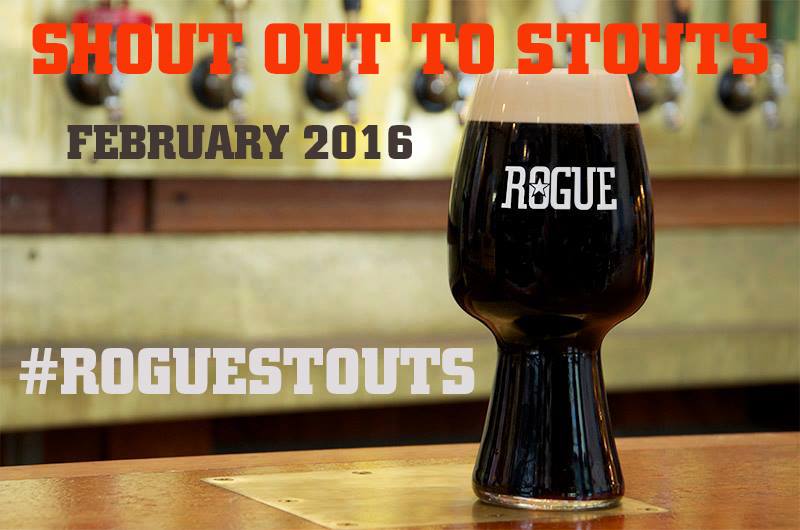 Newport, OR – Rogue Ales & Spirits pays homage to National Stout Month by giving a shout out to some of its fan favorites. Shout Out To Stouts is a month-long celebration of Rogue’s World Class Stout Family. Together, Shakespeare Oatmeal Stout, Chocolate Stout, Mocha Porter and Double Chocolate Stout have been recognized with more than 240 national and international awards.

The entire stout family will be featured on tap and in bottles at all Rogue public houses and select retailers around the country. Find them near you using the Rogue Beer Finder. Join the shout out on Untappd to unlock the Shout Out To Stouts badge.
#ROGUESTOUTS 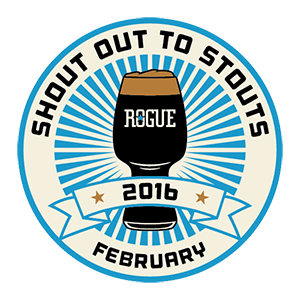 About Rogue Ales & Spirits
Rogue Ales & Spirits is an agri-fermenter founded in Oregon in 1988 as one of America’s first microbreweries. Rogue has won more than 1,700 awards for taste, quality and packaging and is available in all 50 states as well as 50 countries. Since 2008, Rogue has remained committed to saving the terroir of Oregon hops, barley, rye, wheat, honey, jalapeños, and pumpkins one acre at a time by growing its own.