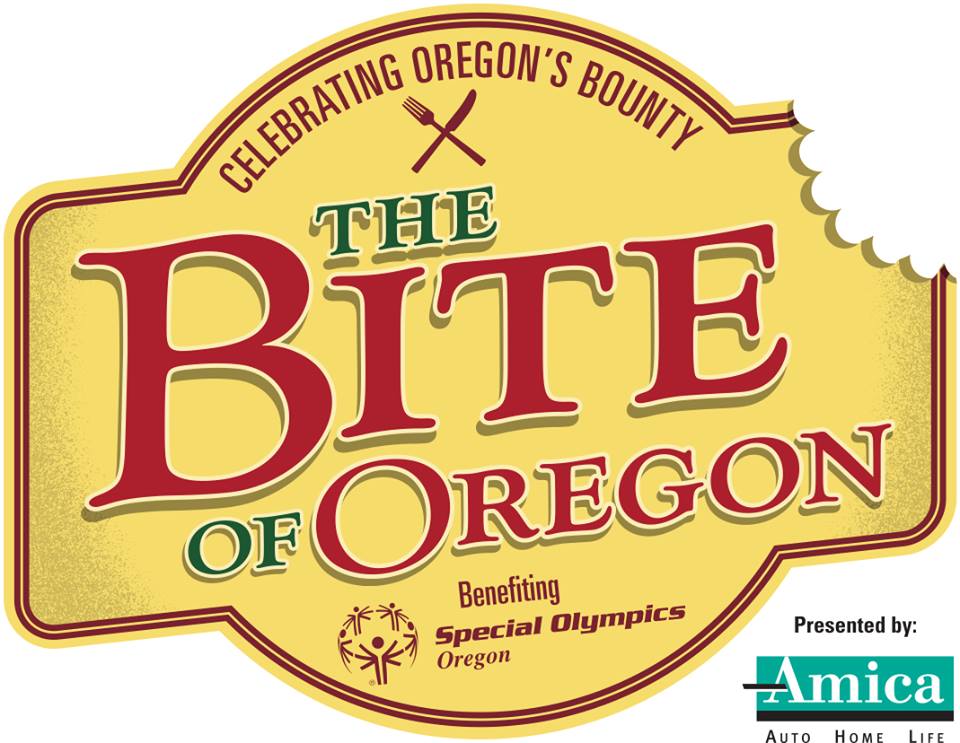 The Bite of Oregon is an event for the entire family as there are many different choices for food, drink, music and even a kid’s area. Advance Tickets are only $5 and all proceeds generated from the Bite of Oregon directly benefit Special Olympics Oregon.

“Plates for the People,” is a new food series in 2015 where event attendees will have the opportunity to sample more than 40 specially crafted plates from each of the participating restaurants for $5 and under. “Plates for the People” will give attendees the opportunity to sample multiple dishes before they commit to a main dish or get too full—a food festival-goers worst nightmare. To see the full restaurant lineup click here.

The Dining Out in the NW Chef’s Stage presented by Food Services of America is where all of the appetizing competitions and demonstrations are cooked up. Each year, leading chefs and mixologists from around the state compete for the traditional (and fiercely‐coveted) titles of Oregon’s Iron Chef (presented by NW Natural) and Iron Mixologist

Whether your drink of choice is a craft beer, a glass of world‐class Pinot, a crisp hard cider, a locally‐distilled spirit, or a freshly squeezed juice, the Bite offers ample liquid assets from the state’s biggest and best producers. SE Wine Collective, a unique, multifaceted urban winery in Portland, returns as the official host of the Wine Bar. In addition, more than 25 breweries, wineries, cideries, and distilleries from around the state will pour delicious craft beverages to help quench thirsts and tantalize palates.

Base Camp Brewing: In-Tents IPL • Hop in the Pool Helles

The Bite is fun for everyone. Two music stages located on opposite ends of the festival host more than 30 of the state’s best live bands ensuring an enjoyable experience no matter where you find yourself. Some of this year’s musical headliners include Scott Pemberton Trio, Tango Alpha Tango, Nu Shooz, Marti Mendenhall, New Iberians, and the Garcia Birthday Band. Make sure to check out the full lineups for the Vineyard Stage and Garden Stage Presented by the Oregon State Lottery.

For families, the Bite offers a variety of entertaining activities at the Subway Kid Zone with hourly interactive performances, arts and crafts projects and face painting among other kid-friendly activities.