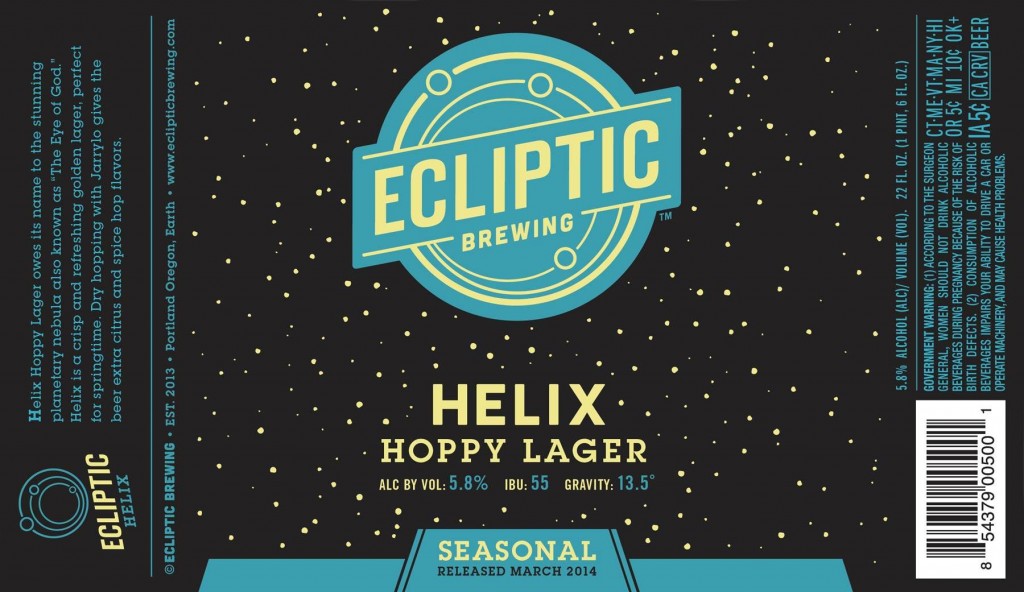 Today Ecliptic Brewing releases its new Spring seasonal crisp lager, Helix Hoppy Lager. This new seasonal run will be available in both 22oz bottles and on draft beginning today a the brewery in Portland’s Mississippi neighborhood. It will roll out to other establishments and bottleshops this week.

The newest addition to Ecliptic’s line of beers is named after the Helix Nebula, a large planetary nebula and sun-like star (also known as “The Eye of God”) located in the constellation Aquarius. Helix is described as a crisp and refreshing golden lager, dry hopped with Citra and Jarrylo hops for extra citrus, spice flavor and aroma.