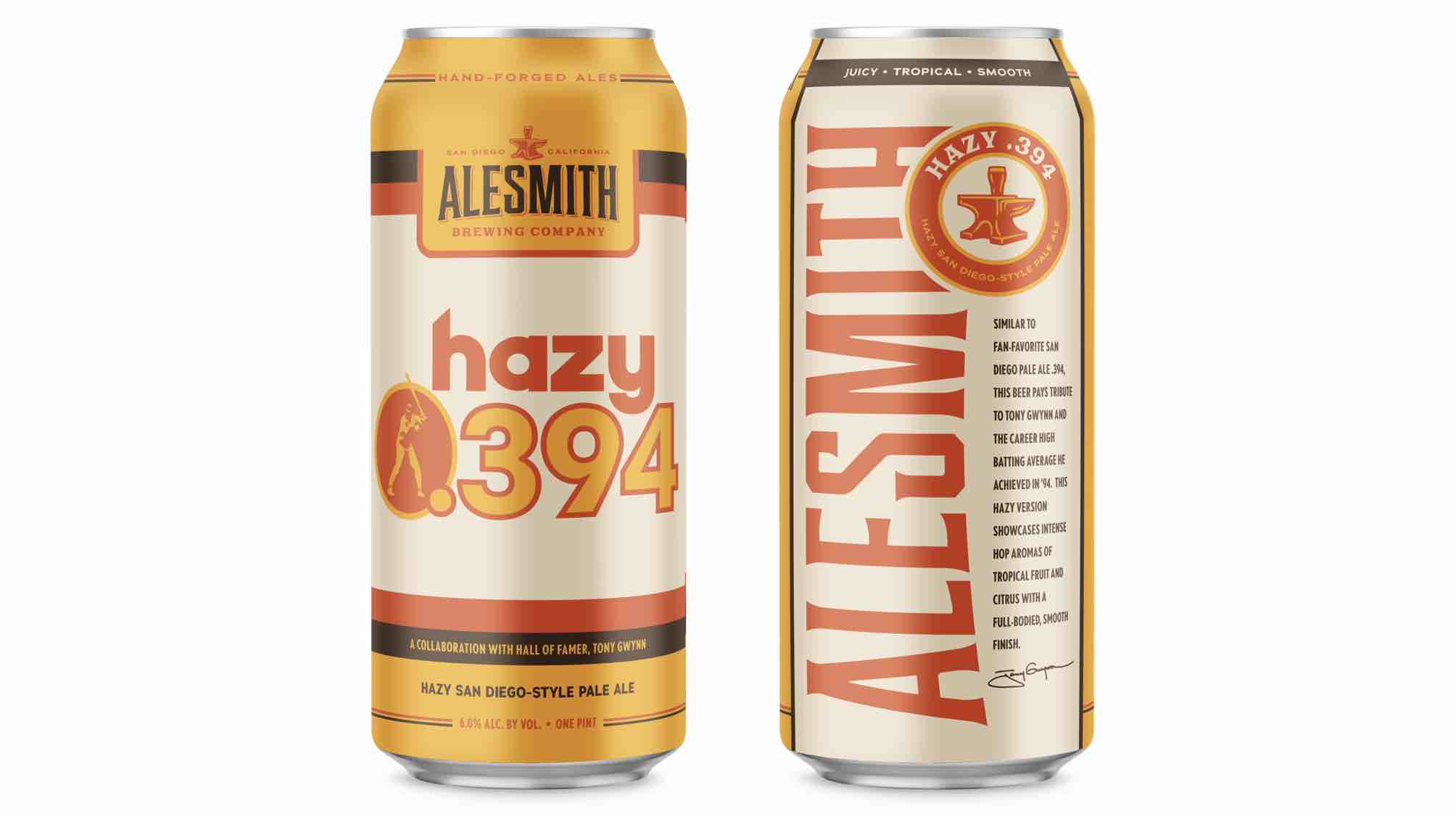 In time for another season of Major League Baseball, AleSmith Brewing returns with Hazy .394. The beer is named to honor the late San Diego Padre and Hall of Famer, Tony Gwynn.

Back in 2014, AleSmith released San Diego Pale Ale .394 to honor Mr. Padre. Now the brewery has tweaked this recipe to offer an unfiltered, hazy version that honors the strike shortened season of 1994. This is the season when Gwynn hit an astounding .394, the highest in the Major Leagues since Ted Williams batted .406 all the way back in 1941.

“This hazy version of our classic .394 has a more intense aroma of citrus and tropical fruit, as well as a pleasant hazy appearance and a creamy finish,” says Ryan Crisp, Head Brewer/Director of Brewery Operations at AleSmith, in a statement. “Beer and baseball go hand-in-hand, and we’re excited for Hazy .394 to return in time for the 2021 Padres season.”

It was important to the AleSmith team to create a beer that had the same robust flavor and personality as the original .394, but with the added smoothness of a hazy brew. Perfectly balanced with a touch of tropical fruit in the finish, Hazy .394 clocks in at 6.0% ABV and is available both on tap and in four-packs of 16-oz. cans. Versatility reigns supreme with this hazy creation, which is why it pairs just as effortlessly with ballpark favorites as it does with a hearty tri-tip.

Hazy .394 will be available from now until June. To locate this beer or any other AleSmith Brewing beer use the AleSmith Beer Finder.