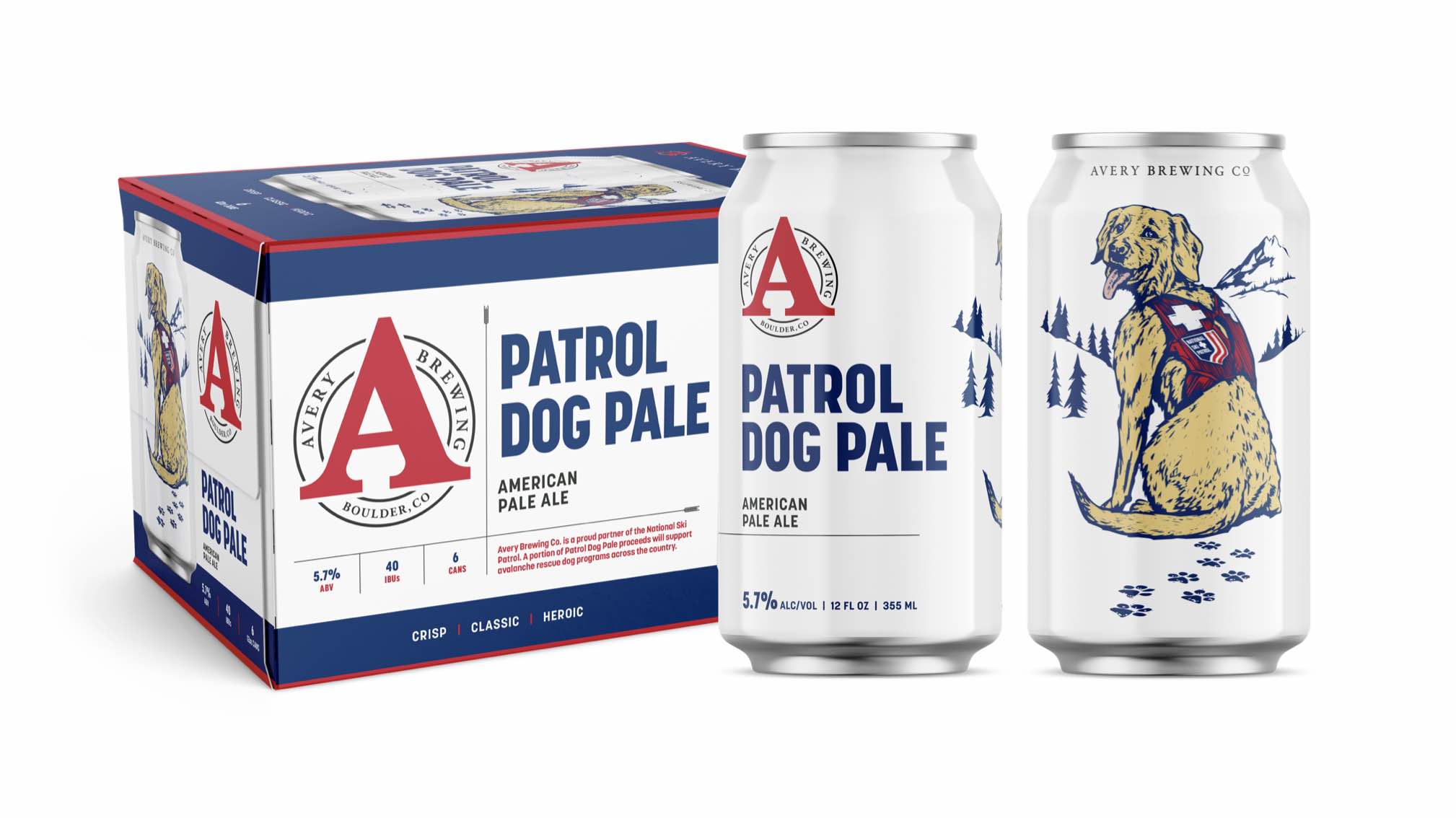 After getting off the mountain from a day of skiing or boarding, a cold beer is a perfect way to après ski! This year will be even better as Avery Brewing Company has partnered with the National Ski Patrol on a new beer, Patrol Dog Pale. Best of all, a portion of the proceeds from this beer will go towards various avalanche rescue dog programs across the country.

This new Pale Ale is brewed with pure Rocky Mountain water and classic American Hops. Patrol Dog Pale boasts a balanced hop aroma and low bitterness, making it a bright and refreshing American pale ale that is perfect for enjoying whether you’ve wrapped up a day on the slopes or you’re at home with your own furry friend.

“We’re honored to have the opportunity to craft and release our first collaboration beer with the National Ski Patrol,” shared Adam Avery, Founder of Avery Brewing Company. “Avalanche Rescue Dogs play a vital role in search-and-rescue teams, and we’re excited to release a collaborative beer that will go toward supporting avalanche rescue dog programs across the country.”

“We could not be more excited about launching Patrol Dog Pale ale alongside our friends at Avery Brewing Company,” said Matt Mears, the Director of Sales and Partnerships at the National Ski Patrol. “Avery has distinguished themselves as one of the most dog-friendly brewing companies in the Front Range, and this partnership will raise proceeds to support avalanche rescue dog programs here in the Rocky Mountains and beyond.”

Patrol Dog Pale is joining Avery’s year-round core lineup and being distributed across Avery’s retail footprint in six-pack, 12oz cans. Visit the Avery Brew Finder to find it near you at averybrewing.com/brewfinder.