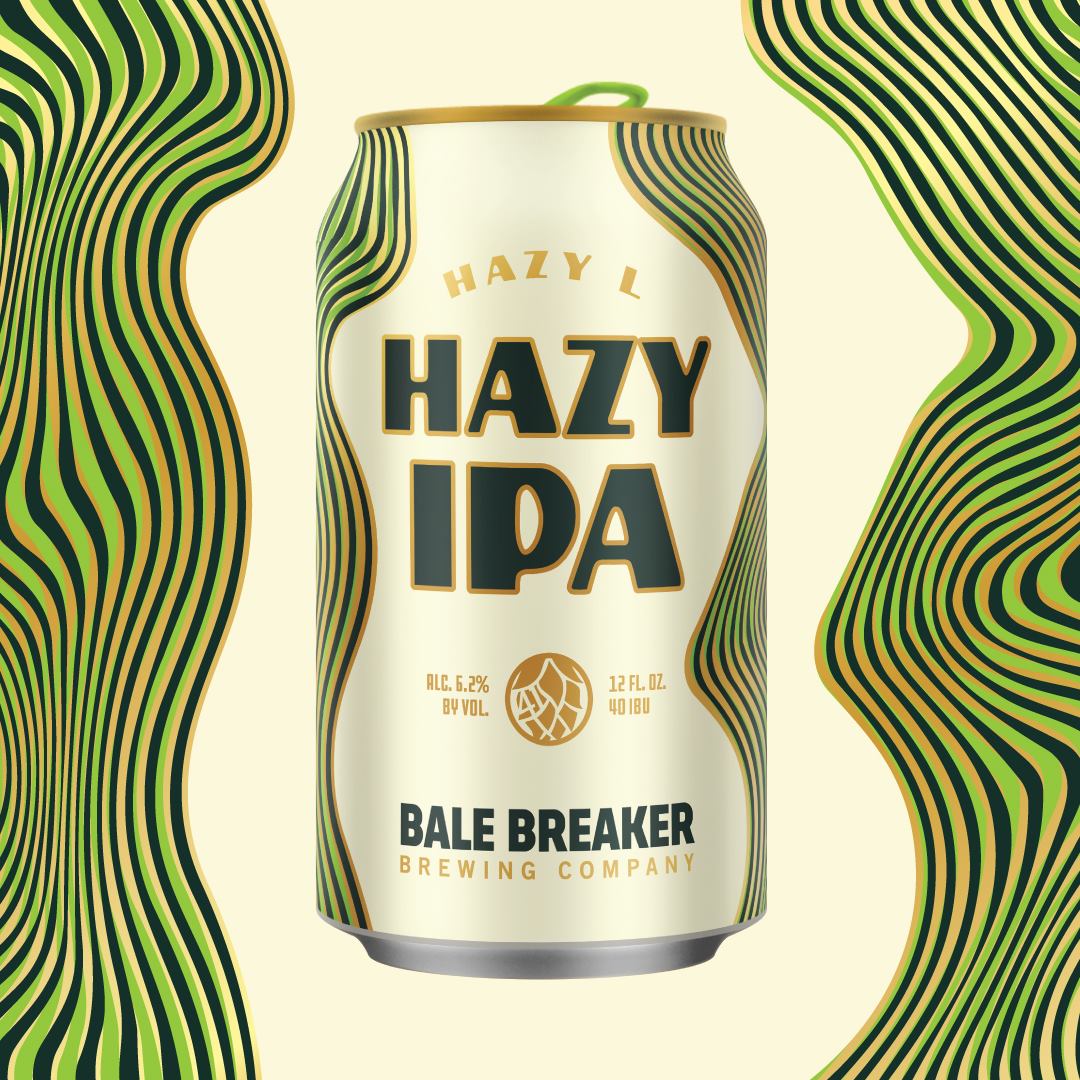 One of the canned Hazy IPA holdouts is set to release its first foray into this category of IPA spin-offs. Later this week Bale Breaker Brewing will release Hazy L IPA in 6-pack, 12oz cans.

Hazy L IPA made its debut as a draft only offering last month and on Friday, January 31 from Noon-9:00pm you can purchase the first cans of Hazy L IPA straight from the source at the brewery in the heart of the Yakima Valley. The beer will then hit other markets shortly thereafter.

Since its debut as a draft only release in December 2019, Hazy L IPA has seen a positive reception in the brewery’s taproom and many of its draft accounts. Hazy L IPA features Citra®, Sabro™ and Mosaic® hops grown by BT Loftus Ranches in the Yakima Valley. In addition to the hop bill, Hazy L IPA uses Pilsner, White Wheat, Oats Malts and the BBBC House Yeast Strain. Hazy L IPA sits at 6.2% ABV and 40 IBUs.

“After refining our hazy game for a year with over 30 recipes in our Imagination Station, we finally settled on this hazy IPA recipe as the newest addition to our year-round lineup,” said Bale Breaker brewmaster Kevin Smith, in a statement. “It’s a nod to the ripe East Coast hazies with our own fun West Coast spin – which is why we decided to name it Hazy L, another nod to some of the greats that came before us: our great-grandparents’ B.T. and Leota Mae Loftus’ cattle brand ‘Lazy L.’”

Hazy L IPA is the sixth 12oz can that is part of Bale Breaker Brewing’s annual lineup. The IPA will begin hitting shelves throughout Washington, Oregon and Idaho in early-February.