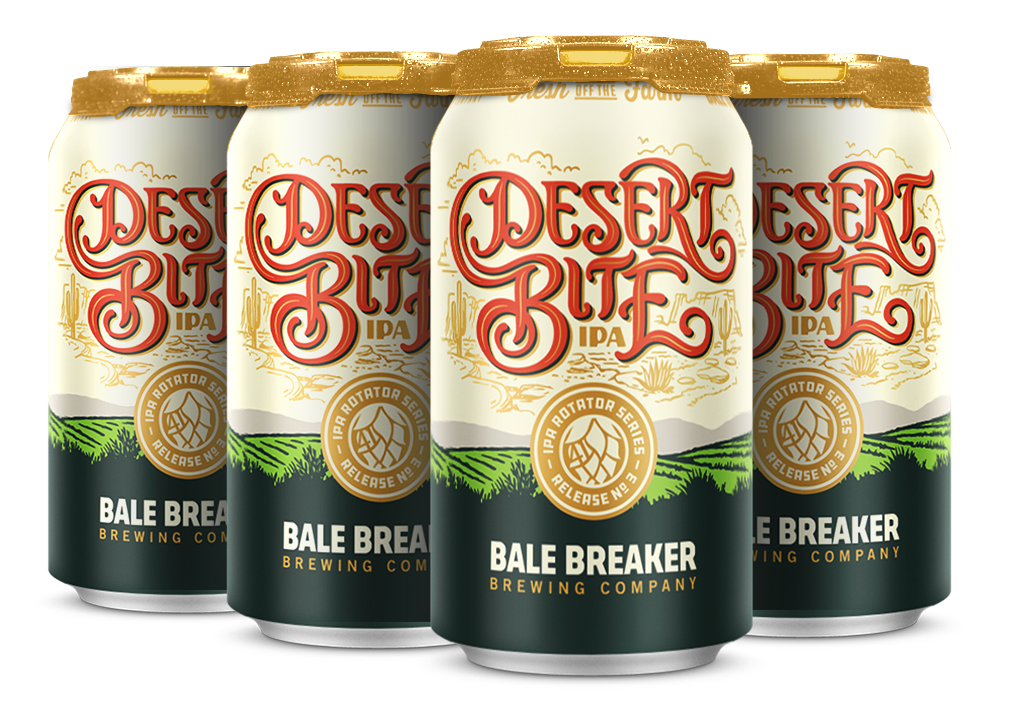 This month, Bale Breaker Brewing will release Desert Bite IPA, its third and final release in the brewery’s three-part IPA Rotator Series. Each beer in this series is a hop-packed beer, each representing a unique characteristic of life in Yakima’s hop country. Desert Bite IPA will be released on Friday, January 17th at Bale Breaker Brewing in Yakima, Washington beginning at Noon.

Made with the elements in mind, Desert Bite IPA is intended for those who take on the outdoors no matter the season. With a variety of five hops: Simcoe, Cascade, Mosaic, Loral, and Ahtanum and an ABV of 7.1% it’s appropriate this fruity and clear-bodied IPA was saved for last.

“It’s exciting to see our first IPA Rotator Series come to a close with this third and final release,” said Bale Breaker co-owner, Meghann Quinn.  “While I sincerely thought Hop Country was the best beer we had ever brewed, I didn’t miss it as much as I thought I would when I started drinking Golden Grit this fall.  And now, I couldn’t be more excited for Desert Bite to help get me through the last few months of winter!”

Bale Breaker will be celebrating the end of the first-ever IPA rotator series with a release party on Friday, January 17 in the taproom. There, craft beverage and outdoors enthusiasts alike can taste Desert Bite for the first time and bring home a 6-pack of the newly minted 12oz. cans and commemorative glassware