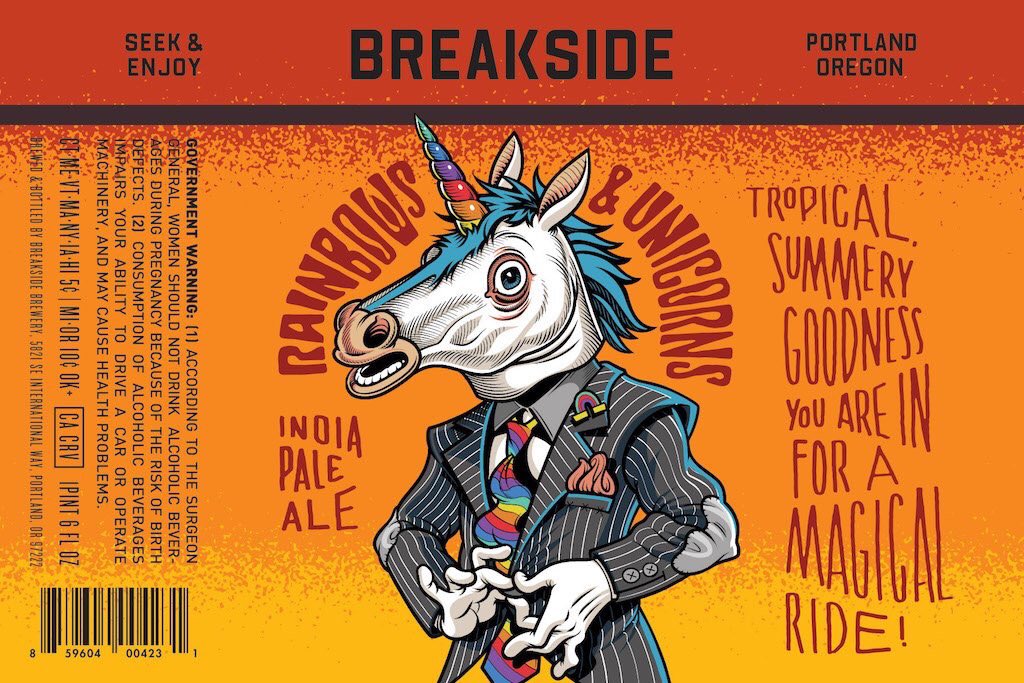 April 25, 2018 – Portland, OR – Breakside Brewery announces the launch of Rainbows & Unicorns – the second in a series of four rotating IPAs in 2018. This session beer was originally created for the 2015 Oregon Brewers Fest and showcases two favorite hop varietals: Galaxy and Eldorado. Galaxy provides juicy notes that are reminiscent of peach and apricot, while Eldorado screams pineapple and lime zest. Breakside backs these up with a healthy dose of Comet hops, a heritage hop varietal, overlooked for many years and now gaining popularity again due to its intense stone fruit and citrus character. Also included in the summery brew are Two Row, Maris Otter, Flaked Rice and Light Crystal malts. Rainbows & Unicorns has an ABV of 5.1% and 32 IBUs.

“Rainbows & Unicorns toes the line between ‘juicier’ and ‘sweeter’ style of IPA and the more classic West Coast hoppy pales,” said Ben Edmunds, Brewmaster of Breakside Brewery. “Our team loves it for its clean, pure hop flavors. This one would be great at a backyard barbeque, paired with grilled octopus, smoked spare ribs or any spicy summer favorite.” 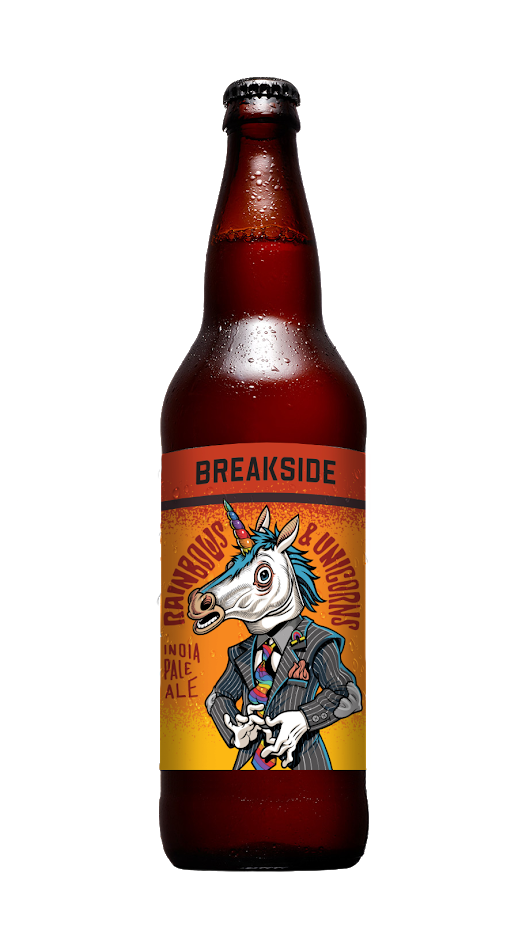 Breakside brews this beer in small batches and it will be released in limited quantities from April through mid-July of this year, staying ultra-fresh until it quickly disappears.  Look for it on draft and in 22 oz bottles.

About Breakside Brewery
Breakside Brewery opened in 2010 in Northeast Portland as a restaurant and pub brewery. The brewery is known for its innovative, experimental and diverse beers. In 2013, Breakside expanded operations to Milwaukie, OR with a 30 bbl production brewery filled with 30, 60 and 120 barrel tanks, barrel rooms for wild and non-wild/sour fermentations, a high-speed bottling line and a 24-tap tasting room. The brewery expanded to Northern California in 2016 and in 2017, Breakside opened its third location in the Slabtown district of Northwest Portland. In addition to winning several national and regional awards for its beers, Breakside was named Brewery of the Year at the 2017 Oregon Beer Awards and the 2017 Best of Craft Beer Awards. Breakside sells on draft and in 22oz bottles in Oregon, Washington, Hawaii, Arizona, Colorado, Idaho, North Carolina, South Carolina, Massachusetts, New York, Vermont, Maine, Northern California, British Columbia and Alberta.