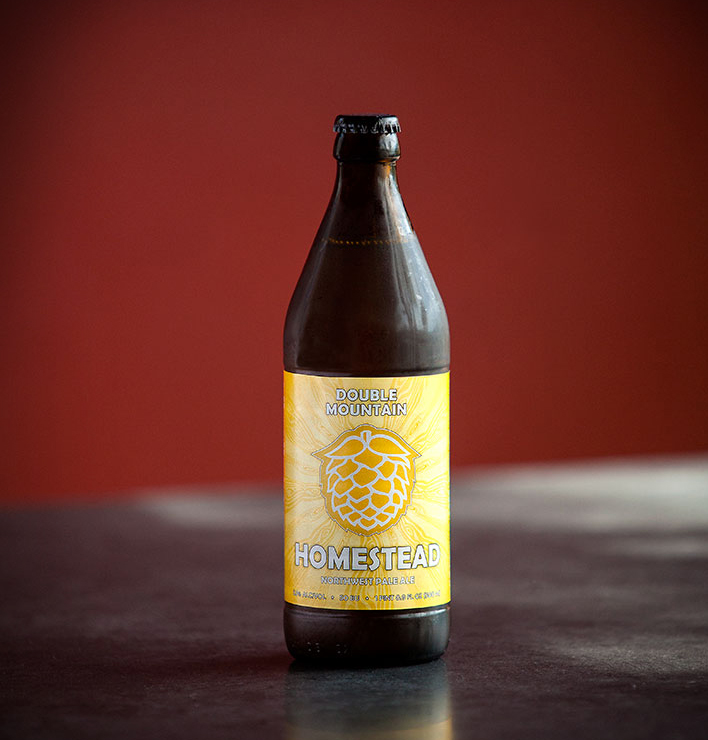 Hood River, OR – July 22nd, 2015 –A Double Mountain Brewery & Taproom seasonal favorite, the Homestead Northwest Pale Ale is bottled for the first time and released to coincide with the renowned Oregon Brewer’s Festival in Portland. This refreshing straw hued pale ale is currently available on draft and by bottle at the Double Mountain Brewery & Taproom located in downtown Hood River. Homestead can be found throughout the Northwest, British Columbia, and Southern California in early July 22nd 2015.

“It is really exciting to have the Homestead in bottles and I think it is a great addition to our bottle line up.”  Head Brewer and Homestead creator Greg Balch shares. “This refreshing and full flavored pale ale is sure to be a hit at any potluck with friends or the ideal beer to kick back and relax with at the day’s end.” 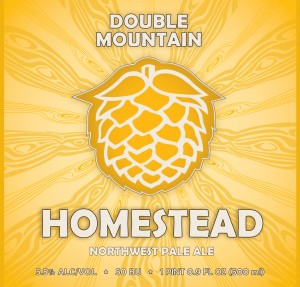 Description: My, it’s dank in here! Orange, lemon, and a little resinous evergreen greet you at the gate, and the hay hued liquid shows you to the rocking chair on the porch. There. That’s better. This northwest pale ale is satisfying, a little lighter on the booze, and highly drinkable; especially after a long day’s labor. Brewed in honor of The Homestead at Denison University.