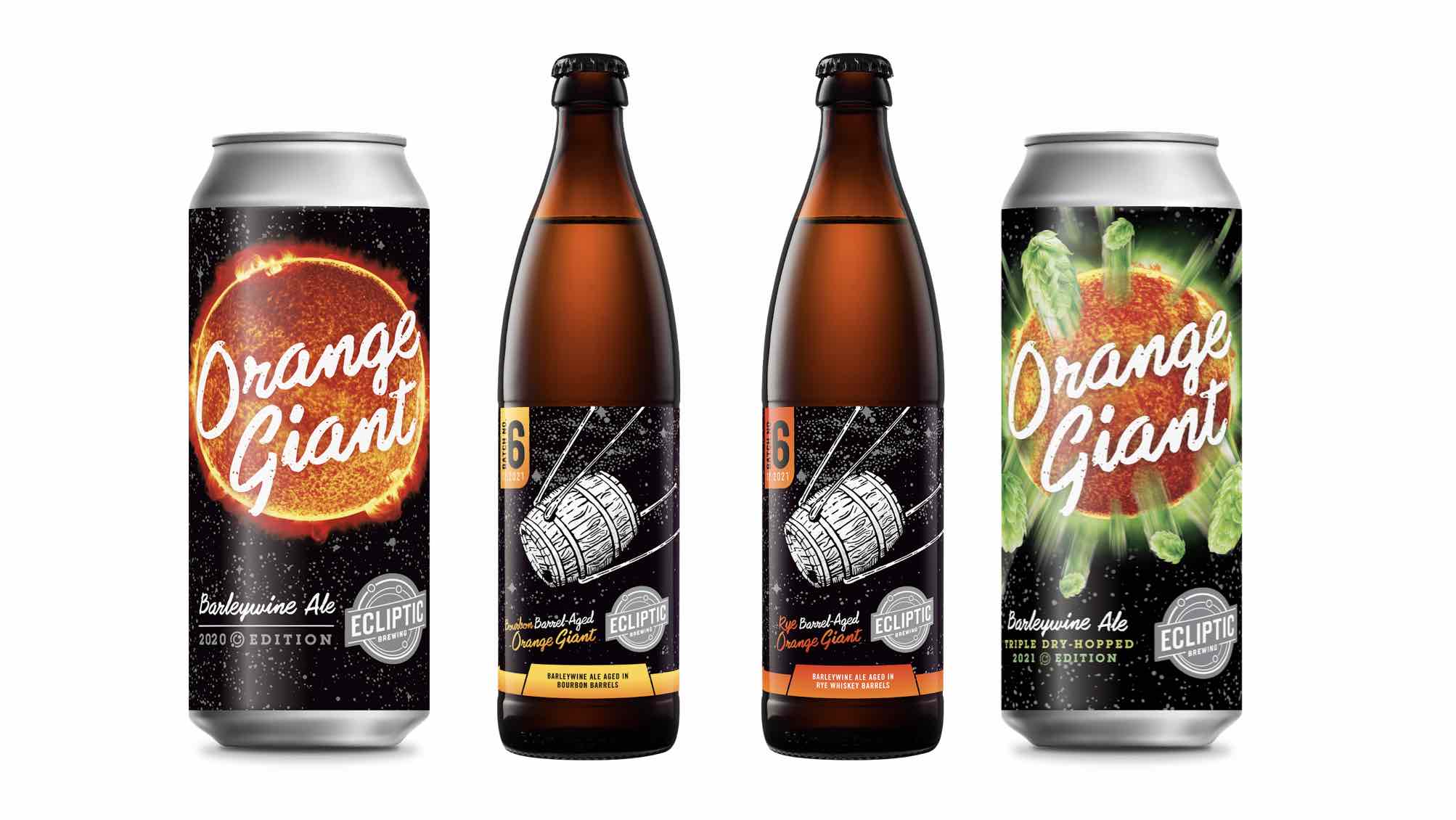 Portland, Oregon. Earth. (December 1, 2021)- Ecliptic Brewing is releasing four versions of their award-winning Orange Giant Barleywine this December. Along with the classic, which Ecliptic has brewed every year since 2014, there will also be a brand-new Triple Dry-Hopped Edition. Both beers will be released in 16-ounce cans and draft as part of Ecliptic’s Special Release Series. The brewery will also release two barrel-aged versions as part of their Reserve Series: Rye Barrel-Aged and Bourbon Barrel-Aged, in 500ml bottles and draft.

“Last year, we had fun adding a new variation to our classic Orange Giant release when we made the Pineapple Upside Down Cake Edition,” said Ecliptic’s Owner and Brewmaster, John Harris. “This year, the brew team put their heads together again and came up with a triple hopped version. We will brew the beer and dry hop it three separate times for a big punch of hop aroma. It will be bold!”

The barrel-aged versions of this brew have been sleeping in either 503 Distilling rye barrels or Freeland Spirits bourbon barrels for nearly one year, which will add deep complexity to each variant.

Orange Giant Barleywine
Named after the giant orange stars in the sky, this barleywine ale has a gratifying effect and drinks smooth. Three malts create a hearty malt profile with robust character. Copious amounts of Columbus, Chinook and Simcoe hops combine for a nice resin hop flavor. Orange Giant is perfect for aging in your cellar.
ABV: 12.5% / IBU: 80

Orange Giant Barleywine: Triple Dry-Hopped Edition
This variant of Orange Giant Barleywine Ale is a special edition for 2021. We took our classic OG recipe and dry hopped it three separate times with Columbus, Chinook, and Simcoe, as well as Mosaic and Azacca. Get ready for this intensely resiny and hop-forward version of our perennial heavy hitter.
ABV: 12.5% / IBU: 80