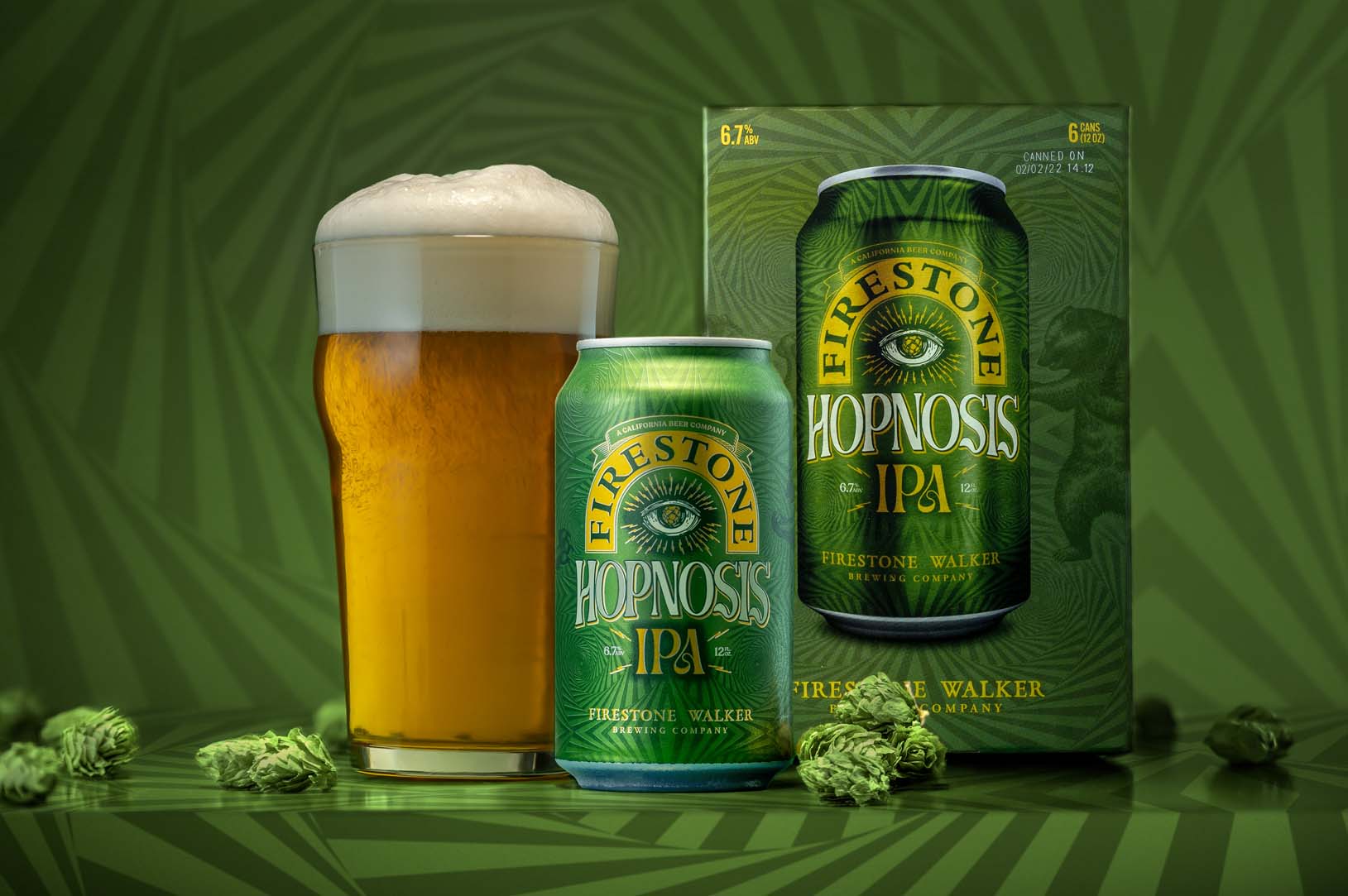 Fifteen years in with its Union Jack IPA, Firestone Walker Brewing has recently launched a companion West Coast Style IPA with a modern twist to this legendary beer with Hopnosis IPA. Brewed with Mosaic Cryo Hops®, Hopnosis IPA is an aromatic and explosively tropical IPA that’ll satisfy any hop head.

“Hopnosis represents everything we’ve learned about hopping techniques over the years, all rolled into one beer,” said Firestone Walker Brewmaster Matt Brynildson. “This is our ultimate new-school expression of the West Coast IPA.”

The Firestone Walker brewing team has developed an arsenal of favorite new-age hops for IPA—all of which are featured in Hopnosis. These include hops from New Zealand and the Pacific Northwest, with a focus on Mosaic Cryo Hops® as well as Idaho 7 and Nelson.

Cryo Hops® are made by collecting the concentrated lupulin from whole-leaf hops, which contains the pure resins for bitterness and aromatic oils. “Mosaic Cryo Hops® are the centerpiece of Hopnosis,” Brynildson said. “They provide intense hop aroma and flavor with incredible integration, enabling us to make a hop-forward beer that is low in bitterness, super smooth, and delicious.”

Hopnosis is extravagantly double dry hopped, with nearly five pounds of hops used for every barrel brewed. The resulting beer is loaded with hop-derived flavors of mango, passionfruit, white grape and lychee. The ABV of Hopnosis is 6.7 percent, providing an excellent balance of flavor and texture.

The origins of Hopnosis date back to Firestone Walker’s original West Coast Style IPA—Union Jack, which was introduced in 2007. Hopnosis also reflects concepts learned while developing the Luponic Distortion revolving IPA series and the Mind Haze family of IPAs. Finally, it draws inspiration from numerous brewing collaborations here and abroad.

These experiences have yielded a variety of hop integration techniques that Brynildson and his team brought to bear in creating Hopnosis.

“This is where the West Coast style is headed,” Brynildson said. “Aromatic hops and new hopping techniques are driving the future. On top of that, Cryo Hops® are opening up fresh possibilities. Now you can get all of the ‘oomph’ of hop saturation that you want from a West Coast IPA, but with less of that classic bitterness, more of these new-age hop flavors, and a whole new level of balance and drinkability.”