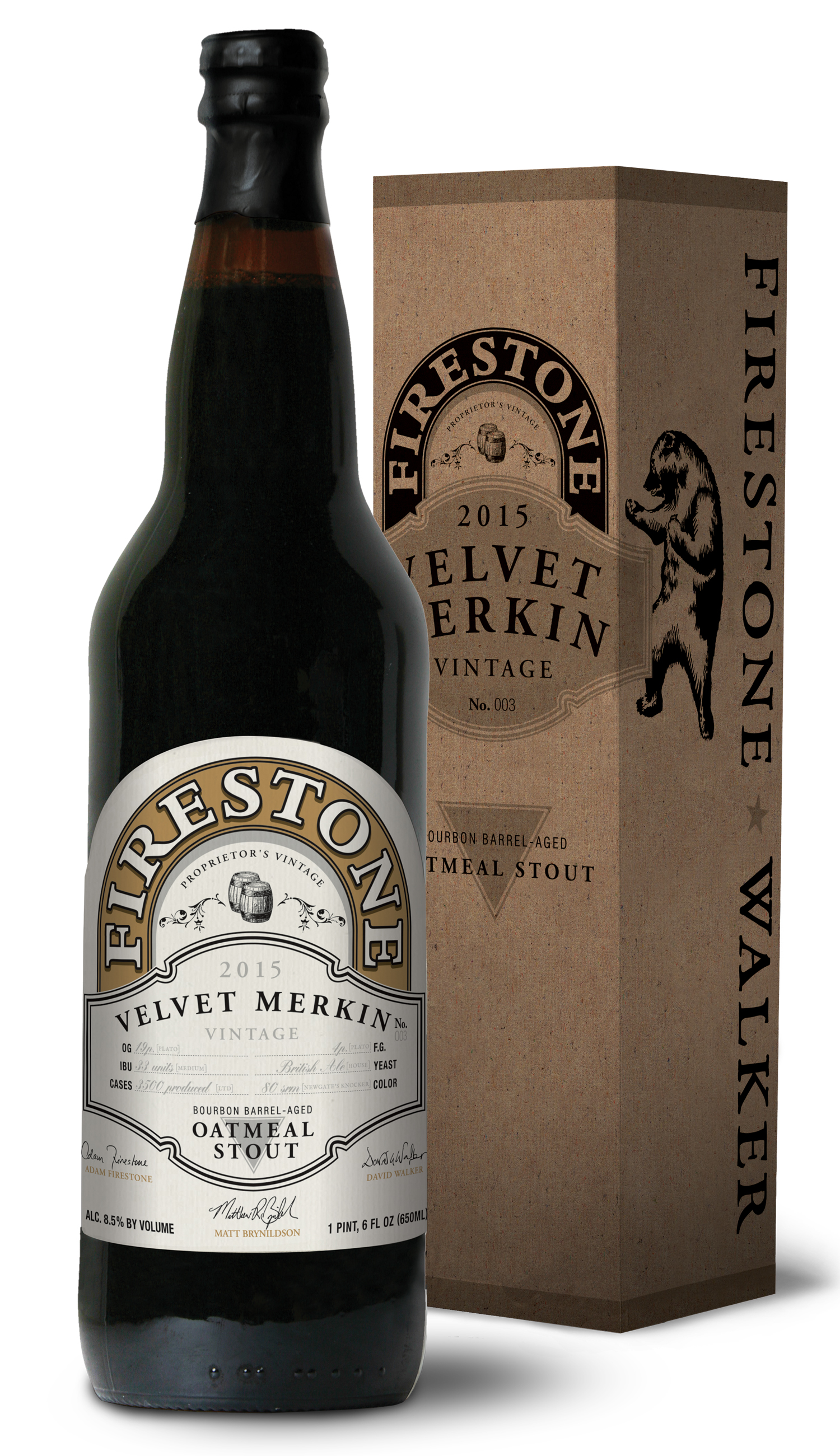 Paso Robles, CA – Firestone Walker Brewing Company’s Velvet Merkin barrel-aged oatmeal stout is set to return with its third bottled vintage—and this one promises to be the best yet.

“We didn’t really change Velvet Merkin, we just gave it a tweak by incorporating this small amount of milk stout to fill out the mouthfeel,” said Brewmaster Matt Brynildson. “You might barely notice it, but it makes a difference. We could have kept this detail to ourselves, but we didn’t want to be accused of a cover up.”

The 2015 Velvet Merkin was aged in bourbon barrels from the Heaven Hill family, including Elijah Craig and Old Fitzgerald.

“We focus on bourbon barrels for Velvet Merkin because they provide this amazing transformation,” Brynildson said. “That’s what’s so cool about Merkin versus Merlin. Merlin is defined by its coffee, roasty, dark chocolate character. And then you put it in a bourbon barrel, and it’s transformed into Merkin, which is all about milk chocolate, vanilla and coconut notes.”

He added, “It also gets boozier, which can make the beer slightly leaner. That’s what gave us the idea of easing in a bit of milk stout to fatten the palate a bit and heighten the sense of balance.”

The 2015 Velvet Merkin was officially released at the brewery on Saturday, September 12. A total of 3,500 cases (22-ounce bottles; $16.99) were produced, with availability slated for select markets across the United States.